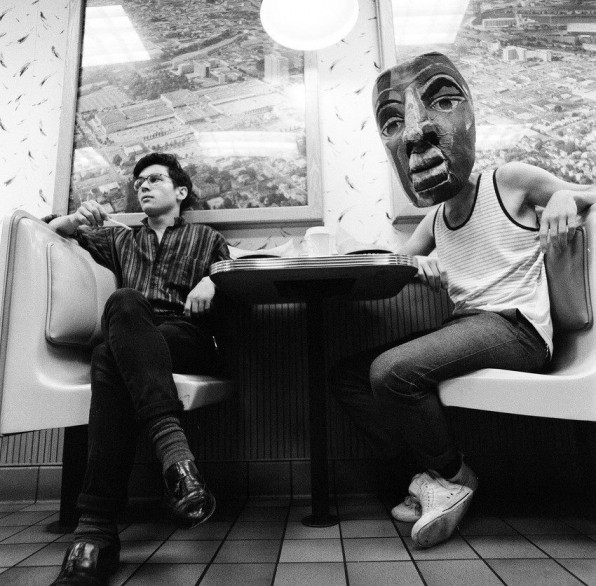 Moonface, “Love the House You’re In”

Julia With Blue Jeans On is the third record by Moonface, aka Spencer Krug, and it’s already generating rave reviews ahead of its release next Tuesday, Oct. 29, on Paper Bag Records. Anyone who caught his set at Pop Montreal last month knows to expect greatness. Here’s a sample.

The Weeknd, so much to answer for. Amid the plethora of acts pairing heartfelt R&B vocals and impressionistic ‘80s synths is Portland’s Shy Girls, aka Dan Vidmar. This quality tune appears on his debut EP, Timeshare, out next Tuesday, Oct. 29.

Circa Waves, “Get Away”

Indulge in some straight-up Brit-rock care of Liverpool’s Circa Waves. This is the video for their their debut single, out Dec. 2 on Transgressive/Kissability.

Here’s another debut by a British four-piece, this one from London. Telegram’s deeply ’70s sound (and matching look) evokes krautrock, glam and proto-punk. Strangely, it was produced by Dan Carey, known for working with the likes of M.I.A., CSS and Hot Chip. The single’s out on Nov. 4 via GramGram Records. This video was co-directed by Hopi Allard and Jeremy Valender.

Here’s a 40-second preview of the forthcoming Lady Gaga single, to be featured on her album Art Pop, out Nov. 6.