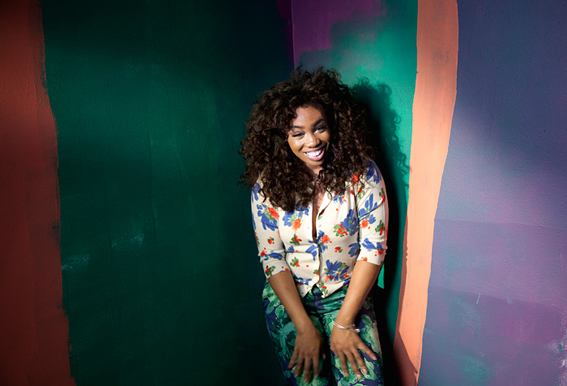 This James Murphy remix of a David Bowie tune from his latest LP, The Next Day, pays homage to Steve Reich’s “Clapping Music.” It’s also the first reveal from the forthcoming three-disc re-packaging of the record, The Next Day Extra (feat. a DVD and five exclusive tracks), out Nov. 5 on Sony.

New Jersey’s Sza —  the first female artist signed to Kendrick Lamar/Black Hippy label TDE —   makes R&B noir that should appeal to fans of the Weeknd & co. Following a pair of EPs, S and See.SZA.Run, this new single was produced by Wondagurl, the 16-year-old behind Jay-Z’s “Crown.”Watch the video, co-directed by Fredo Tovar, Scott Fleishman & SZA.

Spank Rock feat. Amanda Blank, “We Can Go All Night”

Spank Rock (aka Baltimore hip hop phenom Naeem Juwan) and rappeuse Amanda Blank have worked together before, though it’s been a few years — jog your memory with “Bump” and “Blow.” This new one is pretty hot.

The BCASA, “The Ballad of Casey Jonez”

Montreal punk trio the BCASA tell the tale of a masked avenger in this video directed by Ryan Stick and Marco Vaccaro, and featuring Troma Films’ Lloyd Kaufman. Their album Fuck You Shredder is out on Stomp Records.

Local producer CFCF releases his LP Outside via Paper Bag Records on Oct. 22. Sample his sound with this video, co-directed by Derrick Belcham and Yamantaka // Sonic Titan’s Ruby Kato Attwood.

And here’s a bonus: Arcade Fire have released a new teaser video for their forthcoming album Reflektor, out Oct. 29 on Merge/Universal. The song you’re hearing is “Awful Sound (Oh Eurydice).”