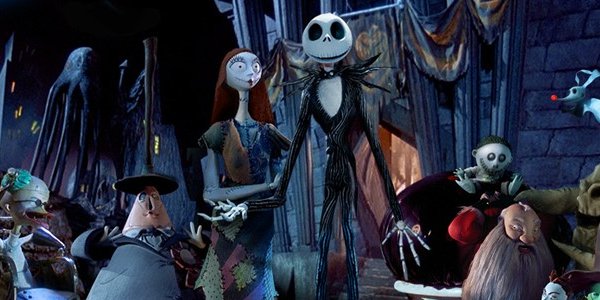 The Nightmare Before Christmas

Montreal has a wealth of film festivals for cinephiles to enjoy throughout the year, but this weekend’s offering is likely the most niche. For the past five years, the Montreal Stop Motion Film Festival has been mounted by Concordia professor (and animation graduate) Erik Goulet.

“It’s my favourite animation technique,” says Goulet. “There are many reasons for the film festival to be — it’s not only because I wanted to have a stop motion fix. It’s to encourage my students to keep doing stop motion animation once they graduate from school. I wanted to have an event at least once a year that keeps them in that mindset, in that world, and that they can see films from all over the world.”

This year’s guest speakers include Henry Selick, director of The Nightmare Before Christmas, and Anthony Scott, one of the animators of the film, which, Goulet explains, plays a very important role in stop motion history.


“In 1993, Jurassic Park came out, and it killed stop motion animation as a special effects form. Then a couple of months later in October, you’ve got Nightmare Before Christmas. And that’s when the studios said, ‘Oh my God! Maybe we could do feature films with stop motion animation!’ Nightmare did so well at the box office, that the big studios started doing more and more stop motion animation. The next one after Nightmare was James and the Giant Peach, which was also directed by Henry Selick,” says Goulet.

On opening night, you can watch the arguable saviour and champion of stop motion on the big screen and learn about Selick and Scott’s experience creating the film. Other guests include Jamie Caliri, creative director at Dragonframe Software, and Joe Clokey, son of Gumby creators Art and Ruth Clokey.

The rest of the festival’s screenings are categorized as academic, independent and professional.

“Out of all the films that we receive, we always do a selection. We’ve got 70 films — the crème de la crème. Academic are films that are being done at a university or college level. Independent are people that are actually investing out of their own pocket into their production and making them. Then the professional — of course they were hired. Those are films that have been commissioned,” explains Goulet.

Sometimes he feels that attendance is a bit lower for the academic screenings, but Goulet urges people to attend, as the quality of production is not lower in these first efforts. “I think that’s where you find the real gems. The people who are making those films, the students, their visions are untainted, and it’s raw. You can feel the potential that these future filmmakers have. So that’s why a lot of the time I tell people to come and see the academic. They’re a lot of fun, they’re upbeat and they’re well done and well made.”

“Every year goes by and I see less of my friends and less of my co-workers [at the fest], but I see people that I don’t know. That makes me really happy. I think, ‘Oh my God! These people found the festival and they’re purchasing a VIP pass and they’re coming the whole weekend!’ And that means they’re really passionate about stop motion animation — that’s what we love. We want people to come, enjoy the films, talk about it. It’s just a total immersion in the stop motion community.” ■