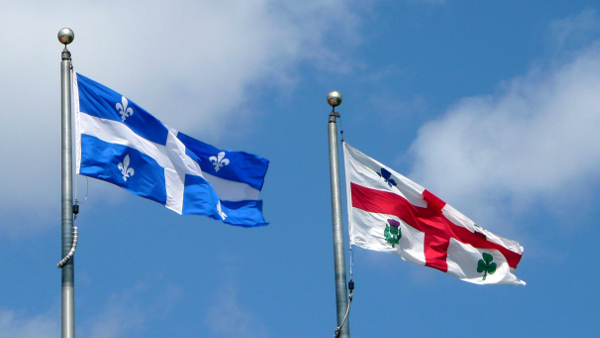 Montreal is nothing if not distinct. Photo via Flickr

There’s been a lot of hullabaloo since the Quebec government proposed a Quebec Charter of Values. This charter is supposed to unite us, but even as a proposed measure, it doesn’t seem to be working, instead creating sharp divisions between Quebecers.

It is often pointed out that Quebec is a distinct society, but as those of us who live here know, Montreal is as distinct from Quebec as Quebec is from the rest of Canada. So what follows is a proposed Montreal Charter of Values, something that will help us bond in depravity and decadence.

1. Mandatory inebriation
There’s really no excuse for not getting wasted regularly, given that there are alcohol-loaded depanneurs on almost every corner. Random breathalizer tests will determine who’s not imbibing. There should be fines for extended periods of sobriety.

2. Universal bisexuality
Freud once suggested that all humans are essentially bisexual. Bisexuality should be promoted whenever possible. As Woody Allen once notoriously suggested, it doubles your chance for a date on a Saturday night.

3. Greater marijuana access
Like Bixi depots, there should be pot vending machines within walking distance from almost every household. This would make getting a spliff that much more convenient.

4. Free STD clinics
As well as free condoms, all antibiotics for STDs should be free and available at walk-in clinics. This will help to bolster promiscuity. You can even go on a penicillin drip if you like.

5. Free rent for sex workers
They work hard for the money, and should be subsidized. This would include strippers. Additional bonus: this will undoubtedly help to bolster tourism.

6. Come as you are
Montreal values include a live-and-let-live philosophy. That means wearing veils, turbans and Kippahs is a-okay. Wearing a cross is fine, too, though it will be interpreted as an appreciation of Madonna. ■