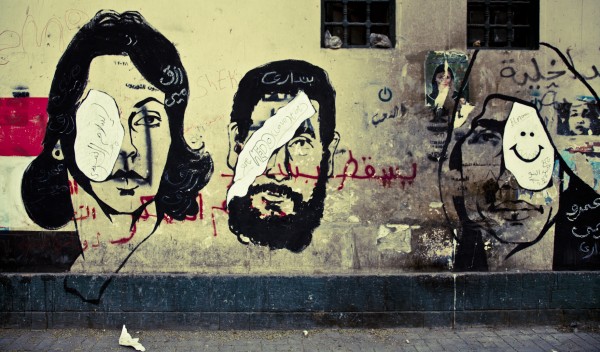 Yesterday morning, RIDM announced the complete line-up for this year’s festival, which can be summarized with the following:

The fest will celebrate documentary filmmaking from Nov. 13–24, starting with Jehane Noujaim’s The Square (Al Midan), about the political state in Egypt over the past two years. Closing the festival will be Annie St-Pierre’s Fermières, which explores the Cercles de Fermières du Québec.

Short competition
A Story for the Modlins by Sergio Oksman
A Third Version of the Imaginary by Benjamin Tiven
The Blazing World by Jessica Bardsley
Jimbo by Ryan Flowers
Letter by Sergei Loznitsa
Lisa, Go Home! by Oksana Buraja
Redemption by Miguel Gomes
Solecito by Oscar Ruiz Navia
Magnetic Reconnection by Kyle Armstrong
Da Vinci by Yuri Ancarani
The Village by Liliana Sulzbach

Medium-length competition
Crop by Johanna Domke and Marouan Omara
Dusty Stacks of Mom: The Poster Project by Jodie Mack
The Joycean Society by Dora Garcia
Leaf in the Wind by Jean-Marie Teno
Le nu perdu by Tomi Grgicevic and Davyd Tousignant
Red Wedding by Lida Chan and Guillaume Suon
Silence Radio by Valerie Rosier
A New Product by Harun Farocki
The Art of Disappearing by Bartek Konopka and Piotr Rosolowski

Against the grain
The festival’s boldest section covers everything from Montreal’s roller derby scene to the many faces of Boris Karloff.
Derby Crazy Love by Maya Gallus and Justine Pimlott
A Masque of Madness by Norbert Pfaffenbichler
Art/Violence by Mariam Abu-Khaled, Udi Aloni and Batoul Taleb
Suitcase of Love and Shame by Jane Gillooly
Master and Divino by Tiago Campos
Rougarouing by Donal Mosher and Michael Pamieri

Territories
The Territories section is devoted to films that explore the human–environment relationship; it provides opportunities to better understand our planet and its inhabitants.
Sans terre, c’est la faim (No Land No Food No Life) by Amy Miller
Bidonville by Jean-Nicolas Orhon
Cloudy Mountains by Zhu Yu
Unter Menschen by Christian Rost and Claus Strigel
The Expedition to the End of the World by Daniel Dencik
In Hanford by Chris Mars
City World by Brent Chesanek

Beat Dox
The RIDM’s new section for documentaries on musical topics includes five films and a wide variety of musical styles.
Bloody Daughter is a portrait of the great classical pianist Martha Argerich, directed by her daughter, Stéphanie.
Brothers Hypnotic looks at the jazz/funk band the Hypnotic Brass Ensemble.
My Prairie Home introduces us to Rae Spoon, a transgender electro-country singer from Western Canada.
Our Vinyl Weighs a Ton documents the key hip-hop label Stones Throw Records.
The Punk Singer is a portrait of Kathleen Hanna, the feminist icon and vocalist famed for her work with Bikini Kill and Le Tigre.

Marcel Ophuls
Headlining this year’s retrospectives is a major tribute to legendary Franco-German filmmaker Marcel Ophuls, including screenings of his complete documentary works, from 35mm prints of classics such as The Sorrow and the Pity and Hôtel Terminus to films never before shown in North America like the highly entertaining Yorktown and the autobiographical À la recherche de mon Amérique. This program will delight anyone with a passion for cinema or 20th century history.

Strip-Tease
The RIDM will present a tribute to the Franco-Belgian documentary television series Strip­Tease, giving many Montrealers their first taste of “the show that undresses you,” a cult hit in French-speaking European countries since the 1980s.

Yuri Ancarani
Accompanying the presentation of Da Vinci in the short film competition, the festival presents Il capo and Piattaforma Luna, the first two instalments in the trilogy by Yuri Ancarani, one of today’s most talented and original Italian filmmakers.

Discussion between Marcel Ophuls and John Friedman: To mark the 25th anniversary of Hôtel Terminus, a film that earned Marcel Ophuls the Oscar for Best Documentary Feature, the RIDM invites the public to an historic reunion between the legendary filmmaker and the American producer of Hôtel Terminus, John Friedman. The two men will talk about their collaboration on the film, the difficulties they encountered and the director’s career.

Inside the Sensory Ethnography Lab: Since last year’s Leviathan, the film world has been fascinated by the Sensory Ethnography Lab, the Harvard University research centre that seeks nothing less than to redefine the connections between visual ethnography and aesthetic innovation. The SEL’s main filmmakers (Lucien Castaing-Taylor, J.P. Sniadecki and Stephanie Spray) will discuss the laboratory’s philosophy and their own eclectic and exacting approaches to filmmaking.

Issues in sound design: Sound design is one of the least studied of all facets of documentary production. With special guest Ernst Karel, the sound designer for all Sensory Ethnography Lab films, the RIDM presents an opportunity to learn about the process and issues involved in the use of sound in documentary film and other artistic disciplines. Ernst Karel, Simon Gervais and Christian Calon will discuss the innovative use of recorded sound.

Documentaries and archives: Archival audio-visual materials have always been a crucial resource for documentary filmmakers. While often used for illustrative purposes, they also have tremendous evocative power that begs to be used. Numerous recent films have demonstrated sustained, original and even deeply poetic use of pre-existing sounds and images. A number of filmmakers with works in this year’s festival (Yervant Gianikian, Jason Osder, Jane Gillooly and Dominic Gagnon) will discuss these developments.

Screenings + debates: The screenings of Char… The No Man’s Island and Salma will be followed by debates. The first looks at the future of an imperilled nation, Bangladesh, which could lose as much of 20% of its land by 2050 due to rising sea levels. The second delves into the troubling issue of child marriage and its consequences, with special guest Salma Rajhati Samsudeen, the subject of Kim Longinotto’s Salma.

Meet the directors: Daily at 1 p.m. in the RIDM café, a film critic will interview one of the festival’s guest filmmakers (3450, Saint-Urbain St).

Ernst Karel and Émilie Payeur: Ernst Karel is both the Sensory Ethnography Lab’s sound designer and a multidisciplinary audio artist. He will give a performance to introduce festivalgoers to this facet of his artistic work. This event is a Montreal first, and it will be accompanied by a performance by Montreal-based electro-acoustic musician Émilie Payeur.

Kino-Pedals: Presented in collaboration with Quartier des Spectacles, the Kino-Pedals draw passers-by into an immersive interactive world. Every evening from Nov. 8–24 starting at sunset, the installation outside Saint-Laurent metro station will be open to the public. Four modules in the shape of the letters R-I-D-M, equipped with pedals, will trigger projections of short films on a large outdoor screen.

Type: Rider: In connection with the webdoc Type:Rider, this interactive, poetic installation uses video projection and shape recognition to allow users to interact with typographical characters that they move and arrange on a large magnetic wall. ■