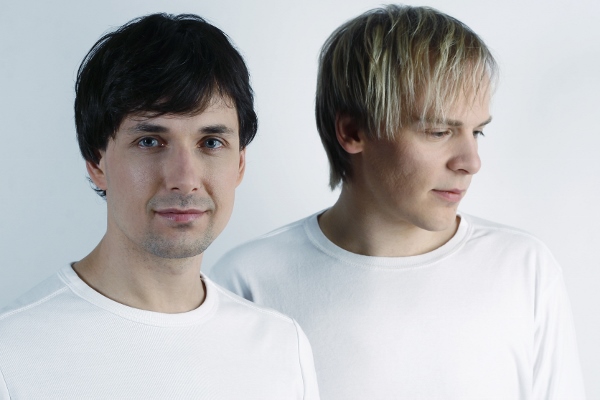 The week-long Black & Blue Festival is a seasonal rite of passage for many Montrealers, a marathon of artistic events and dance parties with a philanthropic slant, one that has raked in $1.4-million to date for AIDS support organizations around the city. The 23rd edition comes with a marketing campaign that depicts the event and its organizers, the BBCM (Bad Boys Club of Montreal) veering towards a fine return to form.

In today’s fickle market for large-scale dance events, 23 years should be considered more than a milestone. Over the course of the last two decades, several underlying factors have come into play to sabotage events like these: economics, competition and the decline in American travel.

“Prior to 2000, the Black & Blue was one of the only events of this type in North America, if not the world,” says BBCM’s founding president, Robert Vézina. “Afterhours clubs have become the norm instead of the exception, along with the typical ‘circuit,’ which was still pretty much active in 2000.”

Having seen a decline in attendance since its peak some 13 years ago, when 18,000 showed up at the Big O, the BBCM is finding Black & Blue a new home.

“In order to renew ourselves, we keep our ears and mind open,” Vézina continues. “A lot of our participants like the fact that the Black & Blue features an immersive concept and that they feel they are part of the experience.”

That renewal is illustrated by the theme of “re-inventing the wheel,” which was suggested by the NYC-based promotional behemoth Saint at Large, the organization behind the annual “dress-heavy” Black Party.

“After last year’s event at the Palais des Congrès, the Saint at Large called the BBCM and asked if we could be part of a team going forward that would work on servicing its main constituents: gay men who used to be the driving force in club culture since it emerged from the underground discos of the ’70s,” says Stephen Pevner of the Saint at Large. “We want to support more progressive music because we believe a new generation will gravitate to DJs that they’re not hearing elsewhere in the gay scene, and combine it with the immersive entertainment elements at which Montreal excels.

“The Saint at Large tries doing all this at the Black Party, but cannot change the scene on its own,” Pevner adds. “While the crowd at the Black & Blue may be getting smaller, the party is getting much better.”

This collaboration brought things to a new artistic level, one that Vézina hopes that the Black & Blue’s audience will embrace.

“If you look at the official image of Caravaggio on our event poster, it depicts Ste-Catherine (the actual saint) holding a wheel surrounded by beautiful men,” Vézina says. “Ste-Catherine is known for the ‘Catherine wheel’ symbol in the Christian and pagan worlds, and this image also provides a wink to Montreal’s infamous Ste-Catherine Street, the city’s main nightlife artery, which crosses the renowned gay area.”

The next and probably most decisive component for this year’s edition was choice of venue. “The choice of l’Arsenal as the new venue seemed perfect and necessary to bring some freshness to Black & Blue’s main event,” says BBCM publicist Caroline Rousse. “During the mid-19th century, this industrial space served as a shipyard, constructing and servicing commercial sea-vessels.”

Black & Blue is the first event of its kind to take up residence at the venue, a 41,000-square-foot space with art galleries and two enormous rooms that can be subdivided and transformed to fit any type and size of event.

“We had some convincing to do with the owners of l’Arsenal,” she adds. “We approached them with the concept of a major live art exhibition and auction, with more than 35 up-and-coming artists from all over, taking place all weekend on site, for a key link with their contemporary art mission and some strategic content justification.”

The shift to l’Arsenal means a smaller crowd, but the BBCM isn’t too concerned with quantity.

“We are not ready to sell our souls and become too commercial,” Vézina says. “Our team is working hard to make sure the Black & Blue offers quality.” ■