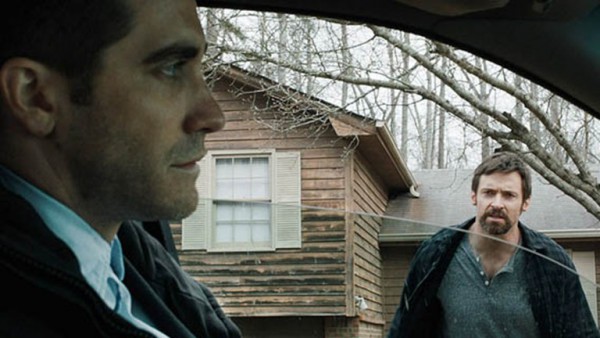 I’ve been waiting for a film like Prisoners all summer. I love a good action flick, but oh, how I prefer a thriller. A young girl and her best friend go missing on Thanksgiving and a detective (Jake Gyllenhaal) is put on the case. When the father of one of the girls (Hugh Jackman) believes the case is moving too slowly, he takes matters into his own hands, kidnapping the suspect (Paul Dano) and deciding to question/torture him himself.

The Art of the Steal stars Kurt Russell, Jay Baruchel, Chris Diamantopoulos, Terrence Stamp and Matt Dillon as a group of losers who get together to try and steal the most valuable book in the world: the Gutenburg Bible.

Battle of the Year is your next 3D experience — that is, if you don’t mind Chris Brown trottin’ across the screen. Lost’s Josh Holloway plays a basketball coach enlisted to get a group of American dancers trained and ready for Battle of the Year, the annual international b-boy competition. As the battle was created by Americans, and they haven’t won in years, the whole idea is for this to be their opportunity to bring the trophy home.

Jerusha Hess (writer of Napoleon Dynamite) brings us Austenland, starring Keri Russell as an obsessive fan of the BBC production of Pride & Prejudice who goes to a Jane Austen theme park in search of a suitor. Bret McKenzie of Flight of the Conchords fame also makes an appearance in this one.

From the producers of Incendies and Monsieur Lazhar comes Quebec director Louise Archambault’s Gabrielle, about a woman with Williams syndrome falling in love. I found the film to be a bit rushed, but it does have some brilliant moments. You can read my review here.
http://www.youtube.com/watch?v=VfuPTtVtK6A

Cinéma du Parc will be screening The Human Scale, a documentary about growing worldwide urbanization.

75 years later, you can now check out The Wizard of Oz in Imax 3D. But it’ll only be in theatres for a week, so bear that in mind.

And I should remind you that you can check out the results from M60: The Montreal 60 Second Film Festival at Cinema Excentris all weekend. Read our interview with organizer Toby Harper here. ■