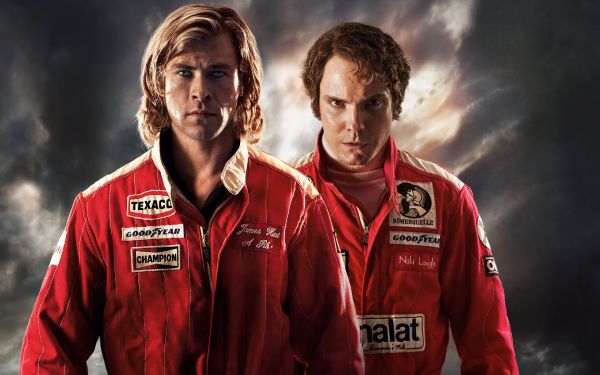 Ron Howard offers his latest, Rush, which is based on the true story of ‘70s Formula One rivals James Hunt (Chris Hemsworth, Thor) and Niki Lauda (Daniel Brühl).
http://www.youtube.com/watch?v=05rzPnZ6lxw

Picking up where 2009’s Cloudy With a Chance of Meatballs left off, the sequel follows Flint Lockwood (Bill Hader) as he discovers his food-replicating machine is still running and has churned out an entire population of food-animal hybrids.

Julia Louis-Dreyfus and the late James Gandolfini star in Enough Said, a rom-com about a woman who begins to date a new fella, only to realize he’s her new friend’s (Catherine Keener) ex-husband. In her review, Radina Papuchieva said that it was funny “from beginning to end without sparing any depth of character.”

Baggage Claim is a comedy about a flight attendant (Paula Patton), trying to find a suitor in 30 days so she won’t end up being the oldest and only woman in her family who isn’t married.

Filipino crime thriller On the Job depicts the real-life scandal of prison inmates being let out temporarily as contract killers for politicians and military officials.

Icelandic film Volcano is about reconciliation. An old man tries to seek forgiveness from his children once his wife dies.

And Salinger is a must-see for anyone who has any interest in the author. The film can border at times on hero worship, so view it with a critical eye.