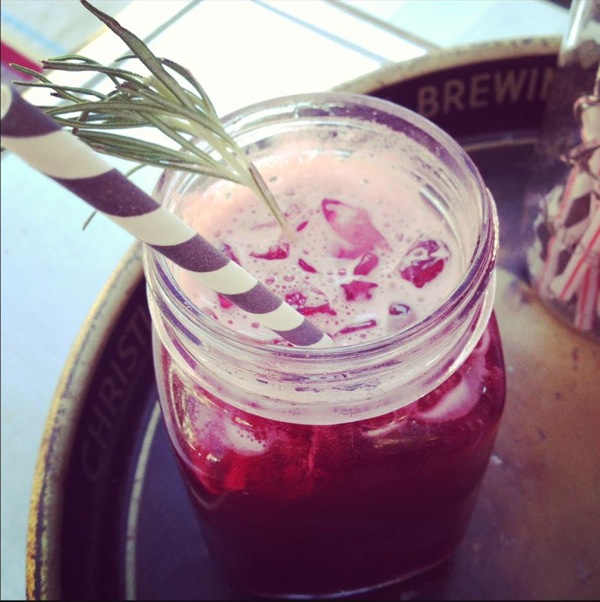 “There’s just so much dynamism in small businesses these days that it feels like the big companies are missing it, they’re just so linear,” Jess Messer explains, extolling the virtues of commercial models based in cooperation, rather than competition. We talked as she manned her table at Puces Pop, selling her Soda Savouré line of jams, pickled vegetables and fruity organic soft drinks at a steady clip.

While Messer and her family had long canned their own preserves at home, in 2011 she started bringing fruit concentrates to farmers markets, operating at first on a no-cash, trade-only basis. She adopted the Soda Savouré moniker as her output expanded, gradually developing into a line of preserves and carbonated fruit drinks in a dizzying array of flavours — plum, black tea and cinnamon; concord grape and juniper berry; tamarind, lime and ginger; cucumber, honeydew melon and mint — each designed to have a high note, low note and “off note,” like a perfume.

To make the sodas, she begins with organic, locally sourced fruit, which she juices or cuts and in some cases mixes with cane sugar. The fruit is then flash pasteurized, steeped, strained, cooled and carbonated — without any preservatives added into the mix. This means that the sodas have a somewhat limited shelf life, particularly the few fermented flavours she’s recently begun to experiment with, but it also ensures that they are carefully produced in small batches and sold fresh.

“I use stuff that’s in season. I try to use local produce as much as possible,” Messer says, adding that her participation in farmers markets, where all products have to be from Quebec, has had a considerable influence on what she makes. “It’s a limitation that forces me to be creative.” 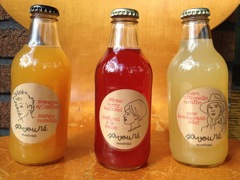 While Soda Savouré continues to grow — operations recently moved from Messer’s home kitchen to a shared commercial space — she maintains that the human element is still central to how she runs her business. She’s a huge proponent of Kickstarter culture and relies on interactions with her customers for all of her product testing, choosing to distribute her product through other like-minded community-oriented retailers.

“There’s just something about knowing the people who make your food.” ■