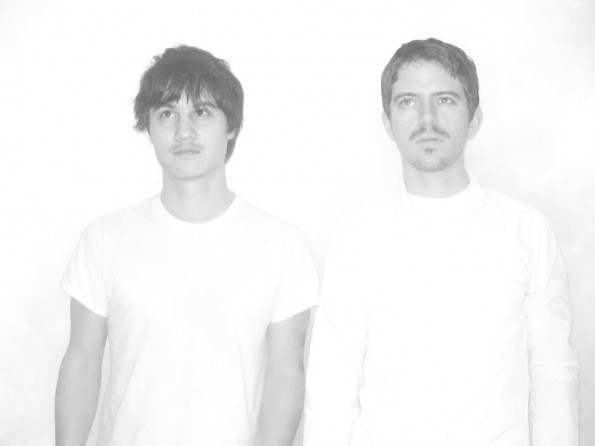 Dodos singer and guitarist Meric Long caught a cold in Portland, Ore., but like a good bandmate, the other half of the San Francisco duo, drummer Logan Kroeber, is there to pick up the slack and do our interview. They’re both familiar with life on the road as well, and as such Kroeber has kicked his anti-germ ritual into high gear to avoid getting what Long has.

“I’m going back to the old style,” he explains. “Back in the day, you’d drink a lot of whiskey and make your body inhospitable to life. Right now I’m having a few drinks a day and eating Maynard’s sour wine gums we stocked up on in Canada. Just a lot of garbage.”

Besides Long’s sniffles, their tour in support of their fifth album Carrier has been going swimmingly. There’s a little more rocking and a little less acoustic finger-plucking this time around, and once again they’ve added a third member, guitarist and sample trigger-er Joe Haege, to shake up the usual formula. This is the fourth time the duo has brought in another member, and it was the previous additional musician, the late Chris Reimer, formerly a guitarist for Women, who influenced much of the making of Carrier.

I spoke to Kroeber about Reimer’s influence, bringing new guys into the fold, and Long’s cooking mastery.

Erik Leijon: What are you looking for when you bring in a third member to the group?

Logan Kroeber: The scenario’s been different every time. The first time it was a good friend of ours — our first Joe, Joe Haener — and we parted ways with him on good terms. We brought in a vibraphone player next, specifically looking for an experienced vibraphone player, and that ran its course. Then we had Chris, which ended tragically, and now we have our second Joe to bring us into a new era of rock. Adding a third person is actually a big deal for us — it’s one-third more stuff happening on stage, not just another guy adding a bit extra.

EL: Was Carrier written differently compared to your previous albums?

LK: Meric was coming from a place of writing a lot of lyrics first, then there were other songs where we’d jam them out more in our traditional way. I was playing a regular drum kit for the first time in the history of the band, too. I started playing it just for my own enjoyment, and Meric thought, let’s see what we can do with a kick drum and a hi-hat. I started out playing regular drums, but after the Dodos took over our lives, I didn’t have spare time to play drums for fun, and my skills had eroded. I also had never played along with records, which I know a lot of people do, and so I started to do that in our practice space, to pick songs on the iPod and play along. It’s super fun; I don’t know why I didn’t do it when I was younger.

LK: In the past, although we’ve incorporated electric guitar for the past two records, this was the first time where Meric started there, and then we added acoustic guitar later on.

EL: I had the pleasure of interviewing Chris Reimer once (for the Montreal Mirror in 2010), and he referred to his band’s sound as “sloppy perfectionism.” I was wondering if that’s what he brought to your group, or if he ever mentioned the term.

LK: I’d never heard him say that, but that sounds just about perfect, man. I was a fan of Women before I had ever met Chris, and I remember he told me a story of trying to record the first album. They went about it in a very traditional way and everything sounded too separate, and so they had to be really conscious of how they wanted to mess up their sound. They didn’t want it to be that clean, so they had to apply themselves to get the right amount of “fucked up.”

EL: Did you perhaps try to do that on Carrier, even if it was only subconsciously?

LK: As much as we tried to carry over his influence into Carrier, there’s no way we could reproduce what he did. He brought a more atmospheric sound to a lot of the songs he played on tour. He was able to fill in a lot of the cracks. Meric and I have a defined, rhythmic sound, and I think Carrier has a lot of that, even though we tried our hardest to think about what Chris would have done. The Dodos sound is so rhythmic, we can’t really shake it.

EL: Did Meric try out for MasterChef?

LK: (laughs) No, but I wish he’d try out. He’d fucking fillet the competition. He’s a great chef — he is a MasterChef. He’s tried on tour, back when we toured with Chris. When we left California, he tried to do some car engine cooking. Meric brought a bunch of tinfoil and a roast, and it didn’t turn out quite how he planned. ■