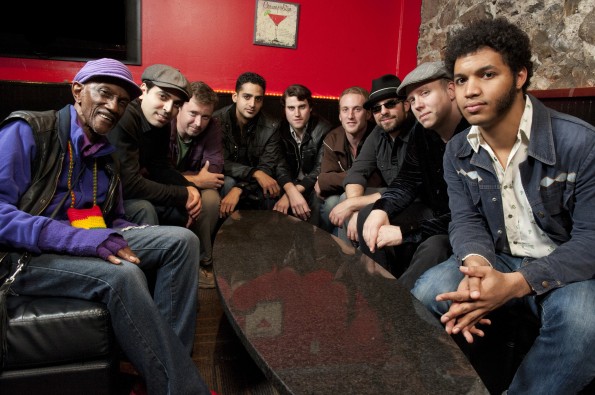 Bernie Worrell, whose mini-moog bleeps and Fender rhodes bloops became DNA strands of a movement the planet would call P-Funk, is indifferent to praise.

“I’m just another entity in this crazy world we’re in,” says Worrell, 69, in town for Pop with the Bernie Worrell Orchestra and funk brass pioneer Fred Wesley, who played trombone for James Brown as well as Parliament/Funkadelic.

The pair will also participate in a free-to-the-public symposium on funk music arrangement led by Josh “Socalled” Dolgin, though Worrell says he is more of a Q&A man. “I’m not into words and speaking that much. I speak by playing—I don’t do words,” Worrell admits, his answers often followed by a fatherly, seen-it-all chuckle. “But I can explain what I do to a question. ‘Well, um, you do it like this!’”

Despite that, Worrell proves an excellent raconteur. Best known post-P-Funk for his work with Talking Heads and Gov’t Mule, his synth stylings have been sampled into the history books as a cornerstone of West Coast rap music. Now, he’s very visible on the jam-band scene.

“I was brought up really strict,” Worrell says, “and I wasn’t allowed to play at the hangout on the corner with ‘those hoodlums,’ as [my mother] called them — George Clinton and the crew from the barbershop being part of that ‘hoodlums’ society,’ as she named it.

“Later on, after I joined them, I took her on her first airplane ride to Providence, RI, to a P-Funk concert.

“After the show, she was smiling. She still beat George  upside the head, though—well, not beat him, but, you know,  ‘Boy, get away from me!’ ‘cause he was trying to hug her.”

As for his unwitting contribution to hip hop history?

“I don’t know that much about it. People’ll tell me, ‘Oh, they sampled your thing!’” says Worrell. “‘What are you talking about?’”

“I know Snoop calls me ‘uncle,’ and I did a thing with Ice Cube [and Bootsy]. And Dre finally met me. I was up in Sacramento with Bootsy, and Dre sent someone to come and bring me to his house. I spent about an hour, an hour and a half there,” Worrell recalls. “He was so excited.” ■