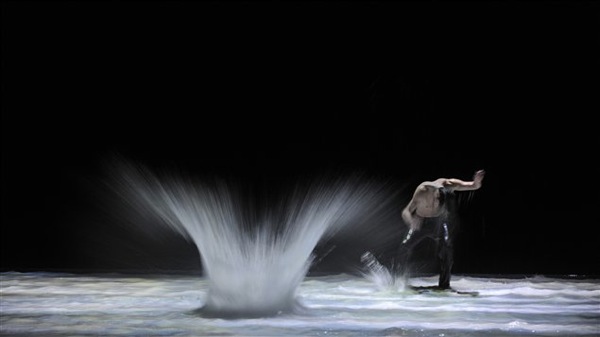 This week’s performing arts scene is all over the place, promising a little something for everyone.

At Usine C, Le Recours aux Forêts is a multi-artist collaboration from Normandy brought to us by the Les escales improbables festival. Dance, spoken word and 3-D film are knit together under the auspices of playwright and director Jean Lambert-wild, along with filmmaker François Royet, composer Jean Luc Therminarias, anarchist poet Michel Onfray and American-French choreographer Carolyn Carlson. Using 3-D film and water, the piece encourages respect towards the earth. Finnish poet and dancer Juha Marsalo plays the central role of the Rebel, an escapee from the world of men who takes refuge in the forests to live out a free life. Usine C (1345 Lalonde), Sept. 10–14, 8 p.m., $28–$35.

After a seven month hiatus, DeAnne Smith and Al Lafrance resurrect Let’s Do This, their popular semi-monthly comedy series in conjunction with Bloody Underrated. The theme this time is oh-so-appropriate for September: Get Schooled. Let Mike Carrozza, Jason Hatrick and others help ease the transition back to the books. Sept. 12, Mainline Theatre (3997 St-Laurent), 9 p.m., $5.

Blue Light Burlesque has been part of Montreal’s scene since October 2004, and they kick off the 2013–’14 season with a new show, All Aboard, at Café Campus. The event is also a bit of a celebration party, as headmistress of the troupe Mlle Oui Oui Encore will be inducted into the Canadian Burlesque Hall of Fame in Toronto the following day. Café Campus (57 Prince Arthur E.), Sept. 14., 8 p.m., $20 in advance, $27.50 at the door. ■