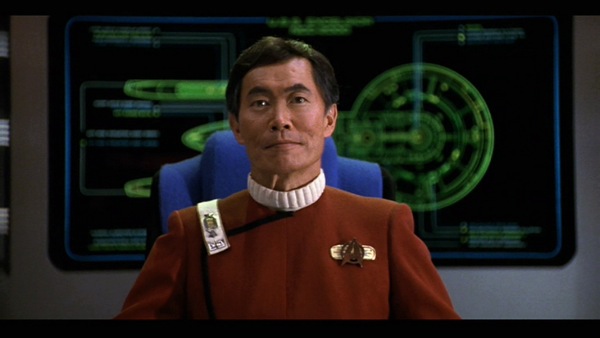 Every day, George Takei — once best known as Sulu from Star Trek, now dubbed the “King of Facebook” — fills the feeds of his 4.5 million followers with quirky sci-fi/fantasy memes, wordplay earworms and social commentary. He cheekily grabs pop culture and takes it where no man has gone before.

In recognition of his expansive body of work and a lifetime of civic and social advocacy, in 2007 Takei had an asteroid named after him by the International Astronomical Union’s Committee on Small Body Nomenclature, and this November, he will be honoured for his work on behalf of the LGBT community by the National Gay and Lesbian Task Force.

He’s also a darling of the mainstream press. The Huffington Post recently published an article entitled “21 Reasons to love George Takei,” which reads like his greatest hits. With an iconic presence on Facebook, his blog, his book Oh Myyy! (There Goes the Internet) and a leading role in the musical Allegiance (“an epic story of love, war and heroism set during the Japanese American internment of World War II”), one would think he’d have to call his ol’ crew mate Scotty to beam himself to several places all at once.

“The world is full of material,” Takei says in his trademark baritone over the phone. “The memes on Facebook are sent in by fans, then I have a group of interns that go through them for me and select the final candidates, and out of those I select the final posts.

“We live in a global society, and events are happening all the time,” he continues. “And because I am an advocate for civil liberties and civil rights, I select those events that are happening globally that have ramifications.”

Takei spent most of his early years behind barbed wire in an American internment camp during World War II, and his childhood planted the seed for his longtime activism. Recently, he spoke out against the draconian law imposed by Russian prime minister Vladimir Putin banning any “propaganda of nontraditional sexual relations.”

“It’s a horrific situation happening in Russia,” he explains. “The economy of Russia is slumping, with high unemployment among young people, and Putin has found a scapegoat. He selected the LGBT community as those scapegoats and then placed this very discriminatory law.

“Russia is hosting the Winter Olympics and they are putting our gay athletes as well as the LGBT supporters out there in danger. I think it’s irresponsible of the IOC (International Olympic Committee) to allow this to happen.”

Takei is optimistic that with the timing of scheduled meetings in place months prior to the Winter Olympic Games in Sochi, the IOC will heed the petitions being passed around globally, namely one demanding the games be moved to Vancouver. (At press time, close to 175,000 signatures had been collected.)

“If that does not happen, Russia would have breached their place to the Olympic charter that boasts sportsmanship, international friendship, world peace and non-discrimination,” he says. “If the games must be held in Russia, then the next step would be for the Russian athletes to be disqualified from the games.

“So far, one member of the IOC that we know of, a member from Norway, has spoken out and said we must move the Olympics out of Russia,” he adds. “One person can make a big difference.”

In a more local context, Takei praises Justin Trudeau for admitting to smoking marijuana in the past, as well as Canada’s paving the way for marriage equality in North America. Is there anything about Montreal that makes George Takei say “Oh myyy…”?

“Oh, indeed, vive Montréal!” he says in proper français. “I am a preservationist, namely historic preservation. I visited a museum there and they had a terrific idea of bringing history alive with that same idea that was utilized by the Japanese American National Museum here — you have the actors dressed as early pioneers, farmers, bringing that story not only dramatically alive, but also making it so personal.”

His appearance at Montreal Comiccon this coming weekend will be a first for the actor who played the helmsman of the Starship Enterprise. Trekkies will no doubt get their Sulu fix. However, Takei sees these events as a window of opportunity to speak of his more altruistic endeavours.

“At the core of Star Trek is Gene Roddenberry’s philosophy of the future,” he says. “He said the Starship Enterprise was a metaphor for Earth. The strength of the starship is in its diversity, working together in concert, as a team. Everyone contributing their best, their vantage points and their unique experiences — working as a team to face a common challenge.”

Not only does the legacy of Star Trek continue to thrive in today’s sci-fi communities with J.J. Abrams’ re-imagining of the original series onto the big screen, but events like Comiccon are growing exponentially each year. Takei makes the point that in 2016, Star Trek will celebrate its 50th anniversary — a great example of how science fiction’s enduring and, in this case, endearing quality transcends generations.

“Star Trek had an affirmative, shining, positive view of the future: that we can prevail if we have confidence in our problem-solving capabilities, in our inventive genius and our innovative qualities,” he says. “I think it’s that that inspires every generation.” ■

Montreal Comiccon takes place Sept. 13–15 at the Palais des congrès (159 St-Antoine W.), rates and hours vary by day. George Takei participates in a Q&A session Sept. 15, 3:30–4:15 p.m., and he will be on-site for autographs and photo ops throughout the weekend.