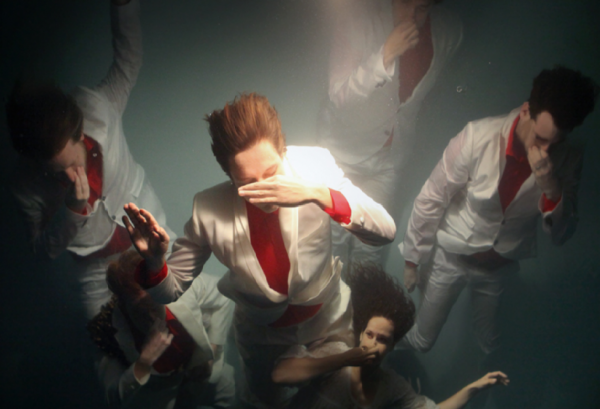 As you’ve probably heard by now, “Reflektor” is the name of the new Arcade Fire single, the climax of an elaborate tease that’s been rolled out over the past month. Today is the big day: 9/9, and something is happening at 9 p.m.

In late July, circular pentagram-style images with letters spelling REFLEKTOR began appearing in cities around the world, as collected on the Reflektor Instagram account. A distressed B&W video at thereflektors.com showed a woman’s hand writing the letters in the circle. Check it out:

Then, over the past week, the site was updated daily to gradually unveil a photo of the band taken underwater — a slow reveal that today, finally, showed some face (see the image at the top). We can’t help but notice that Sarah Neufeld is not in this photo or the single artwork (see the pic at the bottom of the post), though the bio that accompanied her recently released solo record stated that “Neufeld will be touring as a soloist extensively throughout 2013-2014, alongside her ongoing commitments with Arcade Fire.” I’m guessing that she’s stepped back into her former role of touring member, alongside fellow violinist Marika Shaw (who appears to have timed her recent pregnancy with that of bandmate Régine Chassagne, so we’re guessing she’ll be touring with them).

Have you heard “Reflektor” yet? It leaked all over the Internet on Saturday, as did photos of the 12” vinyl sleeve, and was largely contained by late Sunday. In any case, you’ll be hearing it a lot soon — though it’s too long (over seven minutes) and possibly too good for radio. It’s honestly amazing.

The song features guest vocals by David Bowie and, like the album, was produced by James Murphy. Murphy DJed in Montreal on Saturday night and was joined by Win Butler behind the decks for roughly an hour, as seen here. (That said, “DJ Windows 95” did not actually spin.) Murphy did not play “Reflektor” or any other new Arcade Fire material during his set. (If I’d been there, I would’ve asked the selector to play the damn thing.)

In other news, it’s been reported today that Arcade Fire will once again be the musical guest on Saturday Night Live when their season opens on Sept. 28, hosted by Tina Fey.

At 9 p.m. at Aux 33 Tours (1373 Mont-Royal E.), the “Reflektor” single is going on sale. The store will only be open for an hour, and a representative of the store told us that they’ve already received the shipment of singles, and that they got “a lot! Hopefully we have enough for the number of people that are gonna show up!”

Aux 33 Tours is the only local store participating in this worldwide sale, and one of only three in Canada. The locations, though very vague, appear to be mapped out here:

And as anyone walking by posters on St-Laurent last night already knew, it’s now being widely reported that “the Reflektors” are playing Salsathèque again tonight, at 9 p.m.

Also happening today is the premiere of a video for the single, directed by Anton Corbijn, the photographer-turned-director who famously shot photos and videos for bands ranging from Joy Division to Depeche Mode to U2 to, during the Suburbs album cycle, Arcade Fire. Corbijn suggested to the media last week that the video would also be unveiled at the magic hour of 9 p.m.

An interactive video by Vincent Morisset (director of the Arcade Fire concert film Miroir Noir) was posted today on the website justareflektor.com. See it here, and follow the instructions carefully. With your phone or mouse, you’ll control the launch of the video and eventually see yourself in a broken mirror.

The forthcoming Arcade Fire album, which reports suggest will also be titled Reflektor, will be released by Merge Records on Oct. 29. Today, the band revealed the album cover art: 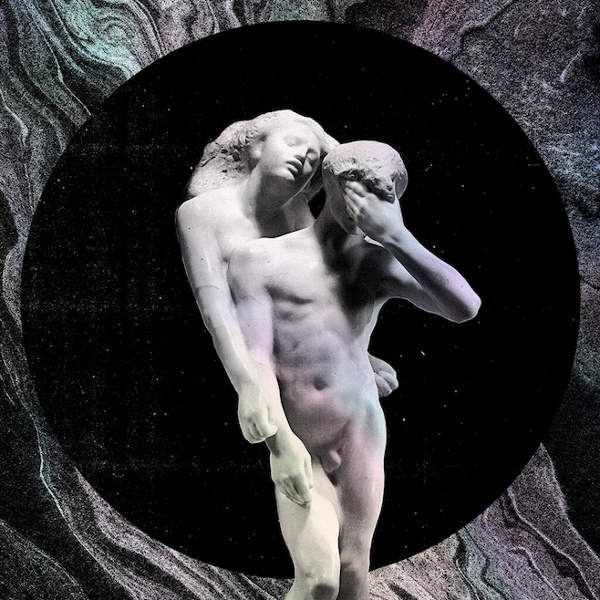 HERE’S WHAT WE DON’T KNOW

Is what’s going on sale tonight the same product that will soon be made widely available, or is there an exclusive element? Different artwork? Different B-sides? Those considering lining up outside the store for hours want to know!

Where will the Corbijn video premiere? Online is a safe assumption, but Corbijn said, “You’ll have to watch the TV Monday evening.” The fact that the tease image says “9:30 p.m. in Newfoundland” is cute, but the single isn’t being sold there tonight, so this supports the notion that the premiere could actually happen on TV. ■