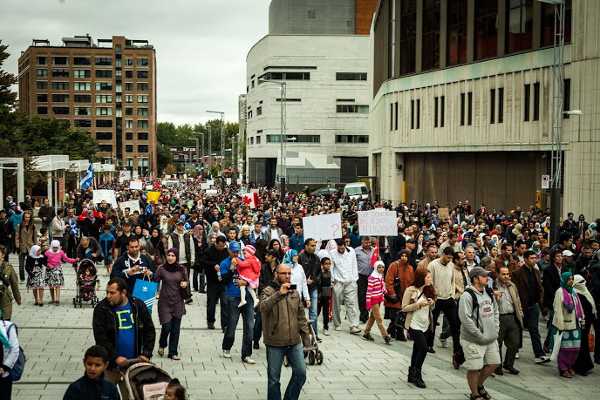 The crowd the protest against the Charter of Quebec Values drew. Photo by Justin Canning

You’ve heard about the new Charter of Quebec Values, right? On Saturday, about 40,000 people gathered downtown to protest the Parti Québécois’s move to bar the wearing of “ostentatious” religious symbols — hijabs, kippahs, turbans and the like — in publicly funded institutions: hospitals, daycares, elementary schools, etc.

The manif started at Berri and, over the course of three hours, wound its way downtown, with police in tow (though no arrests were reported). This is what things looked like, per Cult MTL  contributing photog Justin Canning.