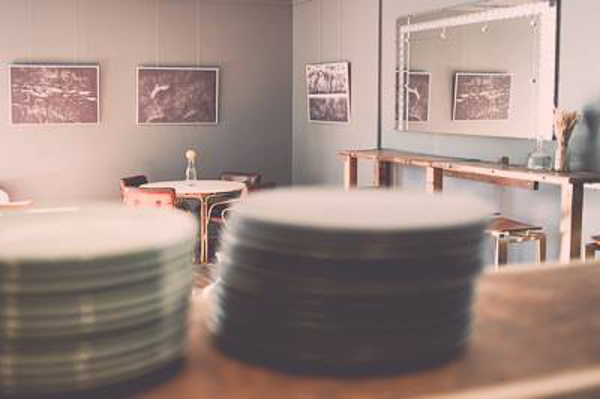 One of the great things about being given an outlet on the Internet is that when you’re in a café and you think, “This is really pleasant,” that thought is then followed by, “I will share this hard-hitting insight with the world!” So, world, listen up.

Café Replika (252 Rachel E.) opened five weeks ago in a space that formerly housed a series of coffee houses that just couldn’t really get going. Part of the reason for their failure might be the eminently welcoming Café Neve down the street, on Rachel. It’s hard to compete with those obscenely gooey cookies, very good coffee and general third-wave trendiness. But it does get crowded there, guys, and Café Replika is so close.

It’s a lovely space — bright, airy and lovingly decorated with stylishly mismatched furniture, small black-and-white photographs and communal tables that practically beg for laptops. But it’s most notable for its Turkish specialities.

Yes, it has the requisite locally roasted espresso (the Saint-Henri brand), wifi and pastries, but its owners both hail from Istanbul, and Replika serves Turkish coffee (and regular espresso drinks), along with a small menu of cheap, healthy Turkish fare, like the “simit” sandwich, a Turkish-style bagel (made in-house) with smoked salmon, a red pepper and feta spread and arugula.

The Plateau isn’t exactly starved for cafés, but not all were created equal, and this one’s good. ■