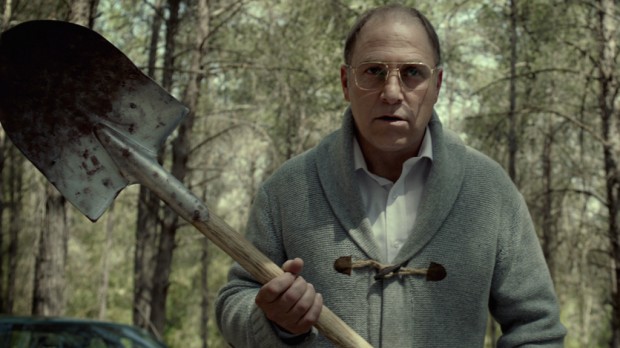 The festival is not only devoted to genre film screenings, it also hosts a competition which hands out awards to filmmakers in several categories. Here are this year’s winners:

Winner of this year’s SXSW’s Audience Award, the Fantasia jury calls Cheap Thrills, “Darkly humorous, smart and bloody in ways that will make many viewers squirm with glee. This abundantly confident first feature provides a thoroughly entertaining snapshot of modern blue collar desperation in a world addicted to easy money and childish amusement.”

You can read our review here.

Statement: With elements of horror, crime thriller, revenge drama and wicked black comedy, Big Bad Wolves takes genre-bending to bold new levels. This sense of originality, along with its subversive political subtext, assured visual style and impeccable ensemble cast is what separates the film from the rest of the pack.

You can read our review here.

Best Director: Hou Chi-Jan for When a Wolf Falls in Love With a Sheep

Special Mention: Across the River by Lorenzo Bianchini & Les Gouffres by Antoine Barraud

Silver: Lesson of the Evil by Takashi Miike

Bronze: How to Use Guys with Secret Tips by Lee Wonsuk

The Garden of Words by Makoto Shinkai

Guru Prize For Most Energetic Film:

Rewind This! by Josh Johnson ■