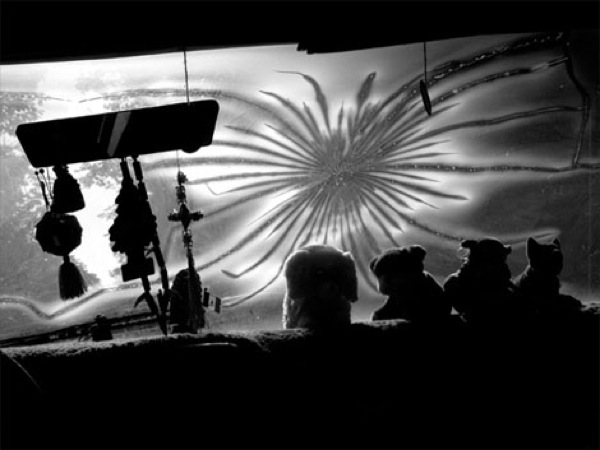 While art’s biggest outing this week is the Under Pressure graffiti fest, the week offers no shortage of openings, including inked character portraits in the Old Port, an exhibit by French photographer Tiery B. presented by Fierté Montréal and more.

Also opening tonight is a show by French photographer Tiery B., in town as part of the city’s Pride festivities. The artist presents the first-ever Canadian exhibition of his work, plus his book Narmada. At Sainte-Brigide de Kildare de Montréal (1151 Alexandre-deSève) on Aug. 9–10 &12–18, 3–10 p.m., free

Of course the big-ticket item for art lovers this week is the annual Under Pressure festival, this year in its 18th edition (see our interview with festival organizer Sterling Downey here, to see what went down behind the scenes at the now-legal fest). UP kicks off tonight, Aug. 9, with a Fresh Paint Party featuring live painting and work by Before, Lapin, Paulie.H, Aude Robert-Gingras, IAMBATMAN, Delphine Delas and Monstr, plus beats by Oliver Simpson and Plan Cizzle. Fresh Paint Gallery (221 Ste-Catherine E.), 7 p.m., $5/by donation

As usual, there’ll be live graffiti at and around Foufs all weekend, on Ste-Catherine between St-Dominique and Hotel-de-Ville, plus two stages of live hip hop both days (here’s our picks for what to see). Aug. 10–11, 12–8 p.m., free

In the coming week, Amnesty International presents an exhibition of photos depicting child marriage called Too Young to Wed, by photographer Stephanie Sinclair. The opening event features a tour of the show led by Samia Shariff, who was herself a child bride at 16 in Algeria. Gésu (1200 Bleury), Wednesday, Aug. 14, 9:30 a.m., free ■