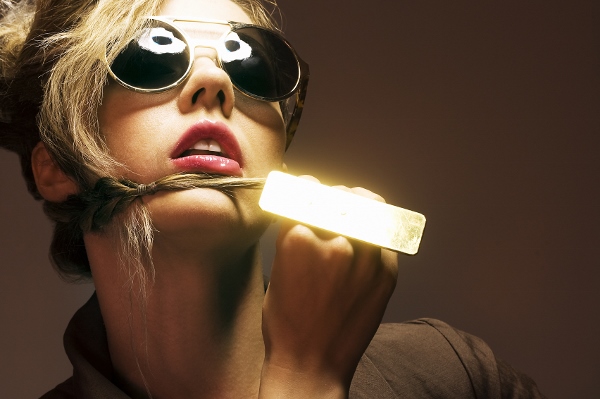 Osheaga, the mega music festival happening this weekend on Île Ste-Hélène this weekend (Aug. 2–4), is sold out. So you have your tickets, and you’re thinking, “I’ll just get to Parc Jean Drapeau after dinner, to see [insert name of headliner here].” Maybe you’re not fond of crowds, or sun, or rain, or perhaps it’s just an issue of not knowing the bands playing early in the day.

That’s where we come in. We recommend packing a rain poncho and some sunscreen and heading to the site after breakfast (if breakfast is at 10:30 a.m. or so) and seeing these dozen bands. At the very least, file them away as Plan Bs. They’re worth it.

Since their emergence in 2010, this shaggy NYC band’s classic, crystalline pop shine has shone brighter and brighter, rising out of a lo-fi haze, then spiralling out with melodic propulsion and the occasional roar of shoegazer riffage. And live, their effervescence will be all the more strong, whether they’re out in the sun or playing through summer showers. If you bought Friday tickets for the Cure AND you’re bummed about missing part of Rich Aucoin’s set while that’s happening, get in early for Guards. (Lorraine Carpenter) At the Green stage on Friday, Aug. 2, 1:55 p.m.

Carnage
It’s day one of Osheaga and you like beats. You may not know what to do with yourself while Ben Howard kicks it over on the main stage, so hit up the Piknic area and set your limbs loose to the sounds of Carnage, an artist who lives up to his name through the woofers and tweeters with that Fool’s Gold Records panache for the finer points of partying. (Darcy MacDonald) At the Piknic Électronik stage on Friday, Aug. 2, 3:30 p.m.

If you want to beat the hordes and arrive on site early Saturday, you would be wise to check out Wild Nothing. Their wistful and nostalgic vibes will instantly transport you back to that first summer you fell in love with good music. Last year’s excellent Nocturne proved them masters of sun-drenched dream pop that will have you drowning (or possibly dancing) in wave after wave of blissful reverb. (Mike Sallot) At the Green stage on Saturday, Aug. 3, 1:10 p.m.


The Soul Clap boys are known for their mixing prowess and deep-crate disco and house genre blurring sets which are frequently bolstered by their own slick productions. Don’t miss them—this could definitely become one of those “Holy shit, everybody report to the dancefloor!” moments that sets the party tone for the rest of your evening. (MS) At the Piknic Électronik stage on Saturday, Aug. 3, 4:25 p.m.

Jacques Lu Cont
Jacques Lu Cont, aka Stuart Price, aka the producer responsible for the best album of Madonna’s career, Confessions on a Dance Floor, aka the guy who worked that same rough and tumble, beautifully sequenced disco magic on the Pet Shop Boys’ latest, Electric. Come for the guy who resuscitated two venerable pop institutions who might have otherwise been doomed to career twilight doldrums; stay for an interesting producer deserving of credit in his own right, who keeps the hard beats for himself. (Erik Leijon) At the Piknic Électronik stage on Saturday, Aug. 3, 8:20 p.m.

MNDR
Here’s America’s more palatable answer to the likes of la Roux and Dragonette. Singer Amanda Warner and producer Peter Wade first appeared on the pop radar as guests on Mark Ronson’s “Bang Bang Bang,” and despite subsequent major-label offers, they kept it indie and released their Feed Me Diamonds LP on Ultra last year. It’s glittery synth-pop to shake your tail feathers to. I don’t care how fucked up you got at Osheaga on Saturday, at the Osheaga afterparty or on the MEG boat the night before—just keep the party going with MNDR and pass out after New Order. (LC) At the Green stage on Sunday, Aug. 4, 1 p.m.

What better way to warm up for Big Boi, Kendrick and Death Grips later in the day than with random weird-ass, leftfield French rap music? Somewhere between spatial and smooth—or perhaps more like, “acid, straight, hold the jazz”—the French are always avant-garde and seem to understand shit like P-Funk and Philip K. Dick better than we can. Odezenne is like the hip hop version of that understanding. (DM) At the Piknic Électronik stage on Sunday, Aug. 4, 1:35 p.m.

Floating Points
London-based producer and DJ Floating Points has eschewed the typical hype cycle that comes with critical acclaim in the electronic music world in favour of keeping his head down and steadily releasing some of the most original dub and jazz-inspired deep house of the past few years (a smart move, but not surprising for someone who has been concurrently pursuing a PhD in epigenetics and neuroscience). His mid-afternoon Sunday set provides the perfect opportunity to to just chill out, appreciate and have a deep think. (MS) At the Piknic Électronik stage on Sunday, Aug. 4, 3:10 p.m.


You know Brian Borcherdt from Holy Fuck, the Toronto band that got Parliament’s panties bunched up a few year back. Well here’s where your grant money’s going now: a duo named after the state of highness achieved via snorting cocaine. Actually, that might not be true—the name could’ve simply sounded cool to Borcherdt and bandmate Leon Taheny (producer of much cool Can-indie-rock). And their pop tunes and gritty ballads, rolled out with gusto via vocals, guitars, drums, 808 samples and bass synths, are pretty cool whether you’re sober or tweakin’. Just listen to the record they released on Polyvinyl last summer, Total Dust. (LC) At the Trees stage on Sunday, Aug. 4, 5:55 p.m.

Father John Misty
If the ladies’ man is indeed dead, then at least we can take solace in knowing there’ll be one lothario—with a penchant for rollicking urban folk—born in this world to carry on. While us Canadian shamans don’t approve of Dodger fandom, it’s those impeccable little details that make Fear Fun such an evocative portrait of old-fashioned stetson manhood in a world where such commanding dudes are a dying breed. The stylish Misty is something of a theatrical performer, though, but I guess when you’re drowning in women and drink, you can do as you please. (EL) At the Green stage on Sunday, Aug. 4, 6:50 p.m.

The best new band of 2013 goes head to head with New Order at Osheaga. Disclosure = the Lawrence brothers, a couple of British kids barely out of short pants, but their club crashers are Lambo-sleek and they always seem to find the perfect guest to sing lead when it’s soaring time. What makes their debut, Settle, even more amazing is that pretty much every tune starts with a similar drum loop. No matter, these prodigies are beyond reproach when it comes to elevating conventional dance pop into something extraordinary. (EL) At the Piknic Électronik stage on Sunday, Aug. 4, 8 p.m. ■