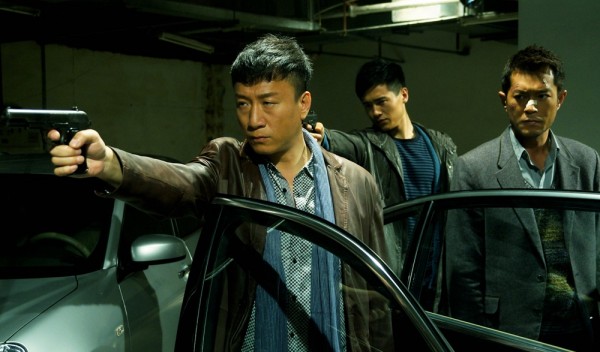 Being convicted for possession of more than 50 grams of crystal meth warrants a death sentence in China. To what length a dealer will go to avoid that sentence is at the heart of Drug War, a police procedural thriller shot by Hong Kong filmmaker Johnnie To.

Meth manufacturer Timmy Choi ends up in police custody after one of his plants explodes. Facing the death penalty, he promises to lead authorities to a bigger, more powerful drug manufacturer in exchange for his life — and he has credibility.

He’s respected and has family ties to China’s criminal elite — including Uncle Bill, one of the country’s most powerful drug dealers. Choi is also vulnerable. Having lost his family in the explosion, one gets the sense he is looking for a way out.

With the prospect of a major bust, stoic police captain Zhang Lei (Honglei Sun) decides to use Choi to put him in contact with Uncle Bill. When Choi is scheduled to introduce an Uncle Bill representative to a drug exporter, Lei goes undercover — first as the representative, which allows him to bust the exporter, then he takes on the role of the exporter, which allows him to broach a massive drug deal. The action unfolds over 72 hours, as Lei and his team engage in a high-stakes undercover operation,  the whole time Lei questioning whether he can trust Choi, a question which holds the film together.

Shot in mainland China, the desolate industrial parks that serve as the film’s backdrop contribute to its foreboding tone, which grows in intensity until a final 15-minute gun battle that reveals Choi’s true nature, and comments on the nature of China’s war on drugs.

Drug War is an outstanding thriller. It is, however, a complicated film that moves at a rapid pace. The subtitles can be difficult to follow but the challenge is worth it. Drug War is a gritty glimpse into the Chinese underworld that shouldn’t be missed. ■