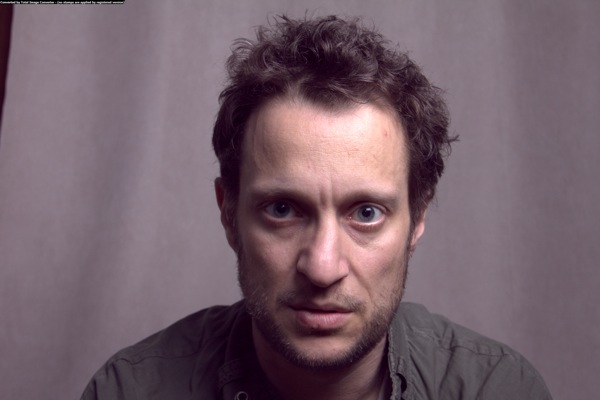 The atmospheric TV at the back of the café is turned to CNN updates on Egypt’s coup. How apropos. I am asking actor and writer Gerard Harris what kind of government he’d most like to see in a hypothetical country. He ponders a moment and then says, “a matriarchy.”

Really? “I would like to see what would really happen,” he explains. “I’m not suggesting men need to be in an oppressed role, but women can do it properly.”

Harris knows a thing or two about founding countries. He’s been instrumental in the creation of a police state, a military dictatorship and “Scotland”, through his participatory production Let’s Start a Country. With the audience serving as Parliament and fellow comic Shane Adamczak as deputy, “General Gerardo” Harris plans to generate a few more breakaway states at Theatre La Chapelle during this year’s Zoofest.

“We’re going it alone. Every ticket is guaranteed a seat in the Parliament. Together, we’re going to choose how it works. We are going to make up the laws and culture of this place. I’ve sat here for six years and watched this province figure out what it wants to do – so, why wait? We’re not Quebecois separatists. We’re not even Montreal separatists. We are La Chapellians. We get to choose what our nation will be called. Maybe it will have no name. It’s up to us.”

Since Parliament’s membership changes from night to night, the resulting countries do, too. “I’ve never had a repeat country,” Harris says. “They reflect the wisdom or stupidity of the crowd, the whimsy of mob mentality. We guide, but it’s up to you guys what you want to be. You get the country you deserve. If you deserve a good country, you have to create it.”

Harris notes that “good” countries tend to be less desirable. “The kind of Utopian state that I think we all like to see is boring for a show. I’d much rather have a real mess. Not a failed state, per se, but a mess.” He dismisses idealistic Platonic and Socratic governments. “Some nations get founded on the flimsiest and sleaziest of principles. Who is to say we won’t last longer than some of those with our purposely manufactured state emerging from 108 voices.”

In real life, Harris has experienced a range of countries and governance styles first-hand. Born in South Africa, he moved to England at a young age and eventually found himself fleeing Dublin for Canada due to a romance gone belly-up (cue violin and sad clown).

“I didn’t ask permission or apply for a visa when I came to Canada,” he says, “In Europe, borders don’t mean a lot anymore. When I got here, it was different. You do have to have an intention to leave or work to be here.”

Luckily for us, he’s managed to keep his dry, self-deprecating wit on this side of the Atlantic. He quips that even though he lives in a 3500 mile-long country, his borders are largely set by four streets in the Plateau. “Parc Lafontaine is my wild kingdom,” he says. “There used to be a lot more wildness going on in there at night, but when they cut the trees it kind of died down.”

Finally, when it comes to the show, Harris throws down the ultimate challenge: “Let’s see if I can beat Applebaum’s record and last less than an hour as leader of my own people.” ■