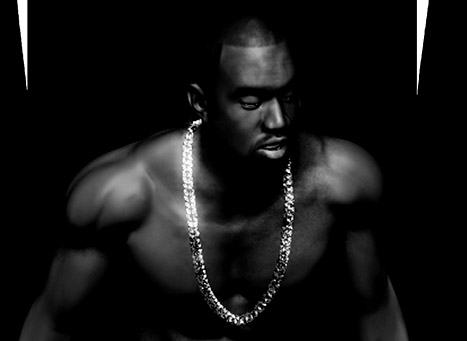 “I open the debate…The 2nd verse of New Slaves is the best rap verse of all time….meaning … OF ALL TIME IN THE HISTORY OF RAP MUSIC, PERIOD.”

So tweeted Kanye West over the weekend, in reference to his own track off his latest album, Yeezus. Hardly a surprising statement from a guy who’s done such outrageous things as crash Taylor Swift’s 2009 MTV Music Video Awards speech (and declare Beyoncé’s “Single Ladies” clip the best video of all time, you’ll remember — that story actually got an update last week, if you can believe it) and, more recently, procreate with a Kardashian.

But let’s get back to the proposed debate. Here’s that verse of his:

WTF Kanye? Sure, he backed up his belief in the verse by reenacting that line about grabbing reporters and smashing their recorders the other day. But the anti-corporate rant and reference to Billie Holiday’s “Strange Fruit” feels like PC fodder to offset his lazy vulgarity and presumably sarcastic line about black people being illiterate (that subtlety will be lost on a lot of people bro). It’s all over the place — it’s not even his best. Come on. (“Black Skinhead” is such a better track, right?)

Anyway, here are a few verses culled from hip hop history (mostly the ’90s) that we find far superior:

It’s easy to forget, what with his recent Illuminati talk and Twitter ramblings, but Prodigy was once a 19-year-old who threatened to “rock you in your face, stab your brain with your nose bone.”

Both of Biggie’s verses on this song are good, but the line where he calls himself the “underboss of this Holocaust” is enough to make me forget that Busta Rhymes follows him on the hook.

Golden-era rap purists will forever cite “Blind man plays the sax” as their favourite line, but give me the “Drug dealers drive around looking hard/knowing they’re sending their brothers and sisters to the graveyard” bars any day.

I kind of wanted to avoid so-called concept songs, but “Ebonics” is good from front to back. Singling out a verse would be impossible. ■