My homies the Extremities (that’s ubiquitous TO-based producer Fresh Kils and Backburner Records founder Uncle Fester’s ridiculously cool jazz/rap fusion project) got their gear robbed near les Bobards on Tuesday night, and they are asking for Montreal’s funk-lovin’ community to keep an eye out for the following:

“Three MacBooks, one MPC and a lifetime of work.”

So if you suddenly hear of any friend-of-a-friend becoming one of Canada’s best producer/engineers overnight — or, more likely, a hot deal on some second-hand goods — please get at me or the group directly via Twitter.

Here’s where to stash your goods this week.

Thursday: The crowd has spoken — the WeDemand crowd, that is, a site where music fans put their ducats where their air duct is and pony up in advance to see a show that hasn’t been booked yet, in a city near them.

Thus le Belmont receives, tonight, Solange Knowles and her slice of her family’s rich musical legacy. Opening are local chanteuse A K U A and a surprise guest totally out of leftfield (aka Mile End).

Friday: Not my cup of moonshine necessarily, but that doesn’t mean some of you freaks out there won’t wanna catch bass/rap cross-beast Mykki Blanco at the PHI Centre. Booty Base-head Bongiovanni opens with NDQ crowd fave DJ Tamika.

Saturday: The End of the Weak 2013 Canadian finals go down at Cabaret Underworld. Scynikal, Monk.E, UrbN LogiX and D-Track enter the ring, with Obia le Chef also added to the card when Muzion-ist Dramatik had to withdraw from the contest early this week for personal reasons.

The winner goes on to global EOW finals, so make it out, make some noise and help get any one of these finely skilled MCs to the world arena.

Meanwhile, Mayday and friends celebrate a year of Please Me Saturdays at Salon Officiel. The lady holds it down week after week by inviting a full-circle who’s-who of the local DJ scene to the booth regularly, to put down some perhaps more mainstream-set-pleasing types of music in an atmosphere where people who still like awesome music love to go party. In other words, all hell breaks loose. Whether you’ve attended 51 times already or never before, be there and witness Mayday, Tronald Trump, Vincent Pryce and ones-and-twos-wreckin’  O.G. Montreal DJ Redd Dredd blow the candle off the muthafucka.

Tuesday: “Oooh Oooooooooooooooooh!”  Yasiin Bey — you loved him as Mos Def — makes it rain at le Belmont for an exclusive evening of intimate exchange with his inner Mos self. If you’ve seen it, you probably still don’t believe it; if you believe it, you’ll wanna see it again, and if you’ve never seen it, believe you’ll wanna see that.

Cee & Dr. MaD open, the Narcicyst returns to the Montreal stage for his first full set since getting back to town, and Cult MTL is proud to be a part of this night of epic entertainment, as I am to be your evening’s host. See you at true magic hour. ■ 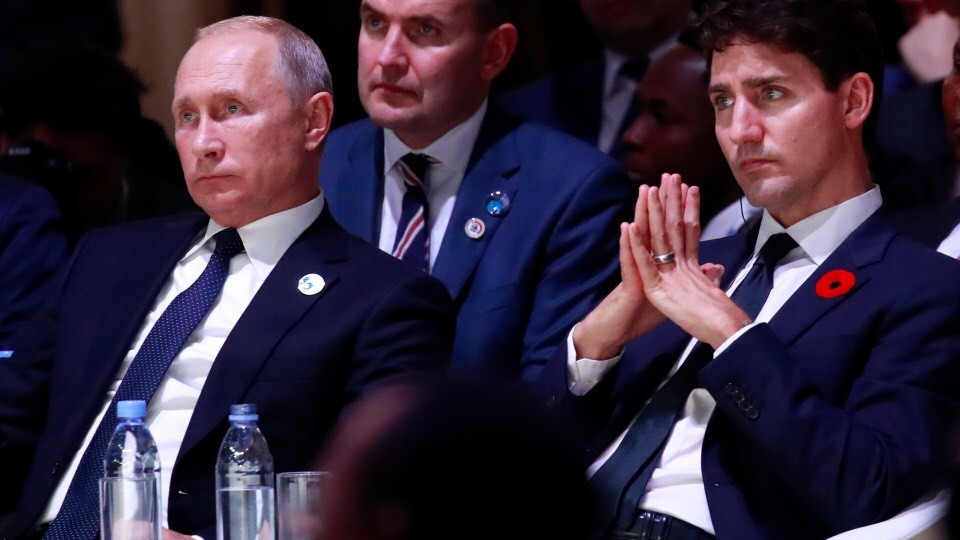 Trump’s buddy is still not welcome in the G7.