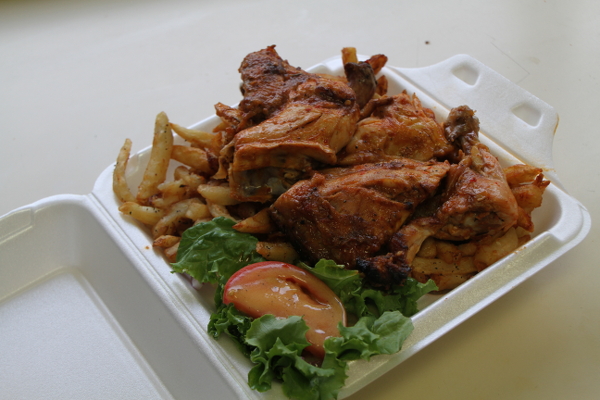 With any luck, we’ll be eating this soon.

Hey, remember earlier this week, when the metro failed? Well, apparently that failure was due to “exceptional” events — those events being power fluctuations caused by smoke from a forest fire near James Bay that interfered with one of the power company’s transportation corridors. A real if-a-tree-falls-in-the-woods scenario. The question, though, is: Is that any more exceptional than the events that caused other recent metro shutdowns? We agree with this dude.

And said forest fire continues to cause blackouts for something like 500,000 people, which is kind of, sort of shittier than the metro not running. But at least One Direction was able play the Bell Centre last night.

Following a somewhat sordid — but eminently entertaining, natch — sex scandal, one involving hookers, cross-dressing, extortion and the important question of escort agency customer service, Laval has a new interim mayor. Her name is Martine Beaugrand, her election went unopposed, and she hopes to bring “something different” to Laval. We hope she means a second Moomba location.

At home, the pool of mayoral hopefuls continues to grow, with Marcel Côté — who Louise Harel is backing — announcing his candidacy this week. Doing the exact same thing is a guy named Michel Brûlé, a writer, publisher and former bar owner who says Americans “are a bunch of big, obese, imbecilic, ignorant, uncultured dummies.” Brûlé is not expecting to win the anglo vote.

Meanwhile, our old mayor, Michael Applebaum, is not trying to blow trial (that is, if you don’t feel like clicking, duck his court proceedings) in the Bahamas or the Dominican Republic. He did, however, get permission to go on a 10-day vacation. He’ll be arraigned on Oct. 9.

The great existential question of the day: Is Romados open yet? Apparently not, although it was meant to be. And so we wait. ■