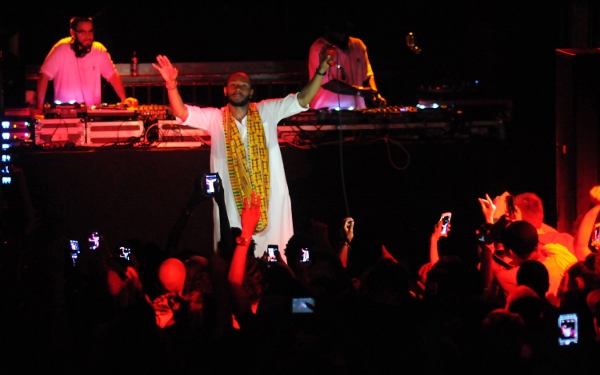 Hip hop icon Mos Def, who’s also an actor and activist of sorts, known to some as Yasiin Bey, though some people still call him Dante — played a terrific, lengthy set at le Belmont last night.

Opening were a few great local acts, Jai Nitai Lotus and his band, Cee, Notion & Dr. Mad and the Narcicyst, the Iraqi-born MC who returned to his longtime 514 homebase from his outpost in the UAE.

And hosting the soirée was Cult MTL hip hop columnist and team player Darcy MacDonald — with a pack of fellow Cult MTL homies in the house, it was a great way to mark our first anniversary. Among the crew was photographer Cindy Lopez, who captured all the acts and the spirit of the night in the photos below.