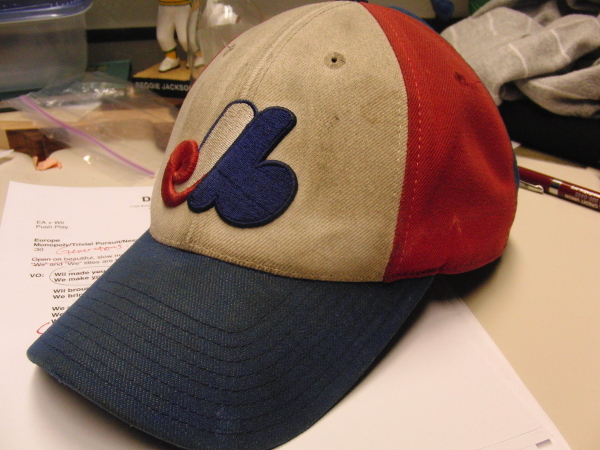 This Saturday in Toronto, the Blue Jays will be playing another humdrum game in their disappointing season, against the Tampa Bay Rays, but there will be something interesting to break up the monotony of this Jays-Rays tilt: at least 650 Montreal Expos diehards will be there, clad in their finest ‘Spos regalia, to send Major League Baseball a message: that Montreal is still a viable baseball town.

“Our goal is to shore up the grassroots, to show there are fans here that enjoy seeing baseball on a regular basis,” says Matthew Ross, founder and chairman of ExposNation, the fanclub that organized the invasion. “If any potential billionaires and investors are ever going to be interested in Montreal, they’ll need to see that fans here have an appetite for it.”

It’s the second year that ExposNation is organizing a trip to Toronto, the closest pro baseball market where tickets are always readily available. ExposNation began as a Facebook group in 2008, and since then has amassed over 155,000 likes (including one from the Baseball Hall of Fame). They also launched an official site earlier this year.

It’s been nine years since the Montreal Expos departed for D.C., and while in those early post-baseball days Montrealers were uniformly bitter about our mistreatment at the hands of the league and former owner Jeffrey Loria, in recent years that anger has turned into wistfulness.

Montreal’s nostalgia trip concerning Nos Amours started gaining momentum when former ‘Spo Andre Dawson was elected to the Hall of Fame in 2010, and in 2012 reached a critical mass when the team’s most iconic player, catcher Gary Carter, passed away at 57. Earlier this year, Faillon W., up near Jarry Park, was renamed in Carter’s honour. Now, you can’t walk in a public place without seeing someone decked in Expos gear.

“All of a sudden it’s become cool to wear the Expos logo,” says Ross. “I’d love to know if every 14-year-old in an Expos hat knows anything about the team, but if it gives off a vibe that people care about baseball, then I’m all for it. Major League Baseball is making a lot of money off the Expos brand right now.”

Ross says ExposNation wants to hold a local rally, and is hoping the sea of Expos fans— including former skip Jim Fanning and pitcher Bill Atkinson—in sections 102, 103 and 104 in Toronto this Saturday will increase visibility for his organization and anyone looking to shine a light on Montreal’s resurgent baseball community.

“ESPN the Magazine will be covering Saturday’s event, and we’re on MLB.com’s radar too,” says Ross. “We believe July 20 will help us secure sponsors for an event in Montreal. And if we do that and get a big name to show up, I know we’ll get a massive turnout.”

Such an event could even feature former Expos mascot Youppi!, now currently plying his trade with the Habs. “The Canadiens have said if it’s a Montreal-related event, they’d be happy to lend him out if he’s available,” says Ross. ■