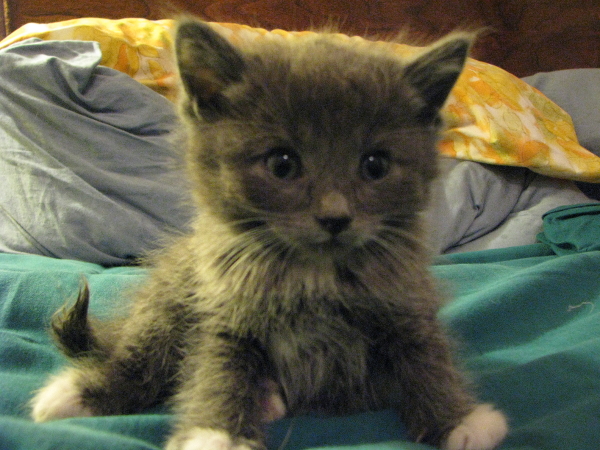 Did you hear the one about the Canadian mayor who makes a fool of himself and attracts derision around the world?

Did you hear the one about the rural mayor who bragged on his radio show that he loves to run down kittens and stray cats with his car?

Yep, with the Charbonneau Commission into corruption taking a summer break, most of us figured the political scandals would take a holiday too. But then Stéphane Gendron, the controversial mayor of Huntingdon — a rural farming community and textile town not far from the U.S. and Ontario borders— told his Radio X listeners in a July 9 rant against feral cats (you can hear it at around the 23-minute mark) that he’d recently run over a kitten while backing up in his pick-up and that he accelerates when he sees cats on the street.

To say that he describes running over cats (bam!) with glee is an understatement. Even one of his Radio X co-hosts reacts by calling Gendron a Luka Magnotta, referring to the accused murderer who filmed and uploaded videos of himself torturing cats and desecrating their corpses.

It didn’t take long for the news to make headlines here and abroad, from the Huffington Post to Britain’s Daily Mail, CBC, Global, CTV, MSN and Yahoo.

Gendron apologized for the “exaggerated” remarks five days later, but not before pet supply retailer Mondou had pulled its ads from Radio X and a petition urged the Montreal SPCA to investigate whether the mayor was telling the truth about killing cats.

Gendron describes his rant as “black humour.” Having worked on the night desk at the Montreal Gazette for 12 years, I’m no stranger to gallows humour. It’s a survival technique essential to preserving your sanity when your job requires you to edit stories and view photos that alternately make you want to cry, puke or jump out the window. In true comedy, it’s often social commentary, a way of seeing the absurd in the tragic, of comforting the afflicted and afflicting the comfortable.

No, even if you believe Gendron’s contention that he was joking, I wouldn’t call it black humour. I’d call it hate humour, an oxymoron if ever there was one.

Let me give you an example: A few months ago, I was participating in an open mic comedy show at a local bar with the usual mix of pro, semi-pro and rank amateur comics. The host introduced a Concordia student from Kuwait who was performing in public for his first time. He told a few not-too-horrible jokes to polite laughter before breaking out his sure-fire closer.

“It’s a good thing that Hitler was stopped before he completed his Final Solution,” he said, pausing to let the set-up sink in. “If he had wiped them all out, no one would be able to understand now why he did it.”

I bet that kills in the Kuwait comedy clubs, but in this Montreal bar he was lucky that all it elicited was a shocked silence.

And hate is never funny.

Sure, Quebec has had far too many political scandals of late, having recently  lost not one but two mayors in two of our largest cities: Montreal and Laval. But unlike Toronto’s Rob Ford, at least our mayors know when to resign.

Stéphane Gendron, it’s time to go. And be careful crossing the street.