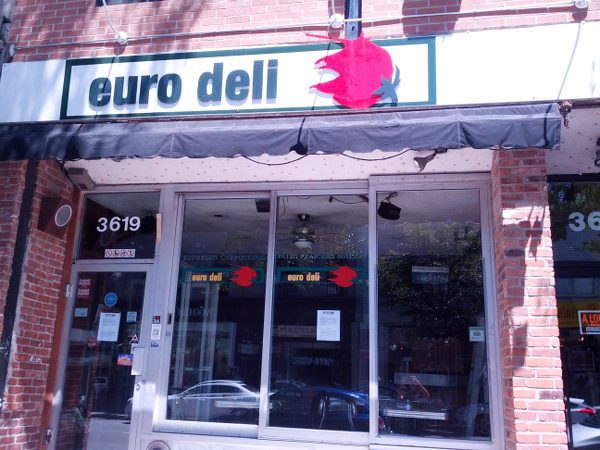 In continuing Lac-Mégantic news, the police yesterday raided Montreal, Maine & Atlantic Railway’s Canadian HQ in Farnham. No arrests were made, but company chairman Edward Burkhardt, an exec in serious need of a PR person, continues to blame engineer Tom Harding for not properly applying the brakes, while the town of Lac-Mégantic continues to wait for the transport company to fork over $4-million in derailment-related (duh) clean-up costs. Whether the evidence collected from the office can support claims of criminal negligence remains to be seen.

After saying that marijuana should be legalized — “Tax it, regulate… it’s the only way of keeping it out of the hands of our kids” — federal Liberal leader Justin Trudeau now claims that his view on the drug has “evolved” over the past few years. To wit: “I was more hesitant to even decriminalize not so much as five years ago.” But then he totally thought about it and read a lot and decided that “legalization is actually a responsible thing to look at and to do.” Not that this will likely be part of the Liberals’ platform in the next election, but yeah.

Oh, hey: The STM’s service may not be, like, improving, but, like its fares, its management’s salaries are increasing. Its 12 top managers — the brass, if you will — enjoyed salary bumps of more than 10 per cent in 2012, compared with 2011. Its 40-odd highest-paid employees, in fact, are now bringing in between $120,000 and nearly $300,000. Two of those people are earning more than $21,000 than they did last year without changing their job titles. But, yes, it’s all justified, the STM’s public affairs guy said. All managers receive a two-per-cent pay increase, and their salaries can also go up based on positive evaluations. So don’t worry!

But fuck it — let’s talk about food. On a sad note, as you likely know, Euro Deli shut its doors last week. No one seems to know exactly why, but we’re bummed — at least one New Yorker we know, whose taste in this sort of thing is refined, says it had some of the only decent slices in town. We kind of, sort of agree.

And then there’s the cronut. Last week, la Cornetteria announced that it had perfected the croissant-donut thing and would be selling them immediately. Now, D Liche is doing the same. ■