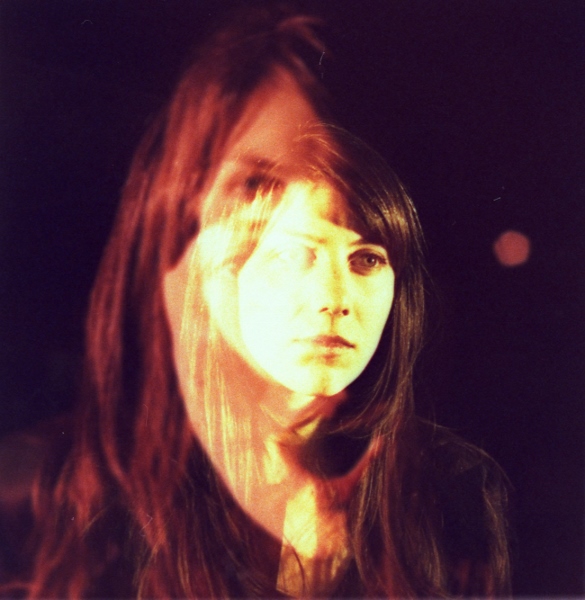 Following her albums Tragedy (2011) and Ekstasis (2012), Holter will release Loud City Song via Domino Records on Aug. 20 — she’ll be previewing this new material when she plays Montreal tomorrow night. (Watch the recently released new video for “World” here.) I asked her about the film and the song that inspired the album.

Julia Holter: I wrote this song when I was working on Ekstasis, and it is what’s now called “Maxim’s 2.” It was about how this woman walks into a restaurant and everyone looks at her and starts whispering, and I really like the dynamic — it’s a scene in the musical Gigi. It’s interesting ’cause they’re gossiping about her and they’re all wearing these crazy outfits — it was an appealing set-up that was different from what I had been doing previously, which was more personal. Ekstasis was more introspective, so this kind of social setting presented something new. Loud City Song is like an extension of that scene, because I decided to build a whole record around it.

LC: So this is a relatively less personal record, but I imagine you connected to that scene for a reason — do you identify with the girl who walks into the room?
JH: No, not at all. Sometimes people interpret it that way, but my life is not, like, glamorous [laughs]. Aside from the fact that I’m a musician and I get to travel — I mean, that is in itself a little bit glamorous. But I don’t have that experience ever. It’s more that I kinda grew up with this musical and it was exciting to me to use elements of it. But if you listen to the record, you don’t necessarily know, which is good ’cause I didn’t want to do a remake of a musical. It’s just that it’s inspired by it.

I kinda applied it to the gossip of today, on the Internet, especially. People think it’s all about L.A., but it’s definitely not. My experience of L.A. is that there’s not paparazzi anywhere. It’s all on the west side, which is not really an area where a lot of musicians live. It’s very chill, relaxed and quiet here. I love L.A., actually. There’s a lot of space to do your stuff. ■