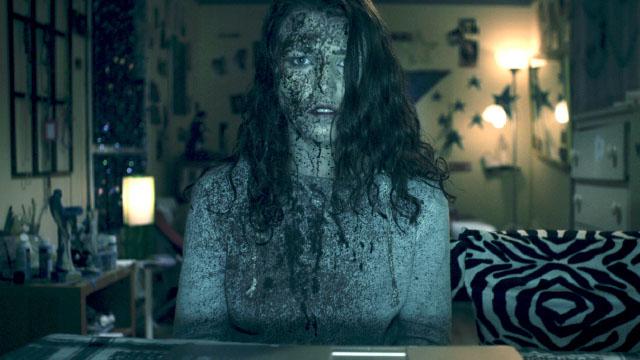 Despite a pretty silly title that suggests a Sharknado-like mockbuster, Vegetarian Cannibal is actually a disturbing look at corruption in the medical sector that echoes the work of Yorgos Lanthimos or even, at some level, Michael Haneke. Rene Bitorajac plays Danko Babic, a hard-partying Croatian gynecologist who hangs with gangsters and happily takes bribes to get rid of their girlfriends’ and mistresses’ pesky pregnancies. As Danko grows more comfortable accepting the bribes (and more out-of-control with his partying), the gangsters continue to push the limits of ethics, putting Danko’s job on the line.

Danko makes for a compelling anti-hero in the Patrick Bateman mold and, while the film is rough around the edges technically (not to mention that the print I watched had some pretty dubious subtitles at times), it’s mightily effective in terms of storytelling. It’s probably even more effective if you have some sort of idea of the political climate in Croatia these days (I don’t really) but the disturbing tales of cover-ups, bribery and fatal mistakes don’t seem so farfetched even on this side of the world. (AR)

Giulia Brazzale and Luca Immesi’s Ritual: A Psychomagic Story is a stark film that can leave the viewer cold.

Lia, the protagonist, is leading a relatively miserable existence. Her partner Viktor is sadistic, preying on her negative view of her sexuality. Her only joy: when she finds out she’s pregnant, is quickly shattered when Viktor insists on an abortion. The loss of this pregnancy causes her subsequent breakdown and suicide attempt, and she decides to visit her Aunt Agata to heal.

Lia experiences nightmarish visions and childlike fantasies while at her Aunt’s house, suggesting she is mentally ill. Agata practices psychomagic — a practice that heals illness through simulated procedures, thereby treating the mind — and attempts to heal Lia. This process is interrupted when Viktor, unable to replace Lia, seeks her out, thereby putting the two in direct conflict.

Ritual: A Psychomagic Story raises questions about mental health and dominant/submissive relationships, as well as the validity of alternative medicine. It contains some striking images, but largely feels calculated despite its oscillation between nightmare and dreamlike whimsy. (KF)

One look at the ephemera and outdated forms of media crammed into my apartment would be enough to disqualify me from taking an objective look at Rewind This!, Josh Johnson’s loving tribute to the life and death of home video. Although it initially attacks it from the angle of VHS collectors (more specifically horror collectors, because isn’t it always horror collectors?), Rewind This! actually looks at the entire history of the medium from its inception to its swift, gory death at the hands of DVD and streaming.

It’s undeniably entertaining, with interviews with great eccentrics of the cult film world like Frank Henenlotter (of Basket Case and Frankenhooker fame), but it’s also kind of preaching to the choir. I don’t think there’s such a thing as a casual VHS aficionado (although some of the interviewees seem to think so) and the film is definitely geared to appeal to nerds like me who get excited about finding a thrift-store copy of the David Carradine epic Project: Eliminator. It’s got as much mass appeal as this topic could possibly have, but that’s still kind of limited. (AR)

The Canadian horror film Antisocial is an interesting, albeit largely implausible, commentary on social media. Set on New Year’s Eve in Toronto, five college students prepare for a house party, but the world begins to collapse around them. The reason: a rapidly-spreading virus, causing people to hallucinate, bleed profusely from the mouth and ears, become violent, and… see the movie.

As the threat escalates, the partygoers barricade themselves in, remaining connected to and up to date via social media. This extremely skilled use of media advances the narrative — but the connectivity seriously undermines any potential sense of isolation, claustrophobia, or suspense, thereby decreasing tension. Simplistic character development is an additional impediment, leaving well-executed kill scenes cold.

Redemption from the mediocre comes in a wonderfully bloody and disturbing final sequence; it’s almost worth the price of admission itself. The concept, which is somewhat reminiscent of Pontypool, makes Antisocial worth seeing, despite its somewhat underwhelming development and execution. (KF & MC)