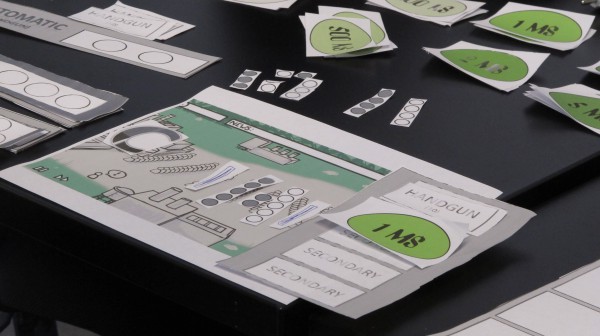 You may have never heard of “chocolate-covered broccoli” before, although chances are you’ve come across the unpleasantness of a game that tries to educate, but instead is neither informative nor fun.

Critical Hit has a strict mandate: to make games with a social message. But how that impactful message is delivered is just as important as what is being said. So in other words, they’re making games that are both good for you and palatable as well.

“We’re coming into a new wave of design, moving up from traditional educational games that divorce the content from the gameplay,” says Critical Hit producer Jason Begy. “The real core challenge is marrying these aspects — getting across the statement you want to make with the gameplay, so it doesn’t feel tacked on.”

Armed with a provincial government grant, this collaboration between Concordia’s Centre for Technoculture, Art and Games (TAG), mobile game designer Decode Global and Dawson College is a 10-week, intensive 9–5 program where four teams will be working to create games that address larger social concerns beyond providing mere entertainment.

Besides that, there isn’t a rigid plan of action. Now in their third week, the teams — which are not exclusively made up of students — are moving at their own pace, absorbing as much as they can from a steady flow of guest speakers, and once the program is over, the games will be at varying degrees of completion. If the teams want to market their games afterwards, they’re free to do so.

“An important part of Critical Hit is the knowledge-sharing aspect,” says coordinator Nancy Zenger. “We’re getting lots of people from the industry to come and talk. Some of the teams have experience in game design, but others are fairly new. Making games is accessible on some level, but this program is very much about teaching.”

Perhaps contrary to what one might expect, the games aren’t overtly political (although they’re open to such submissions in the future). Gun Factory, for instance, allows players to assume the role of an arms dealer, inciting conflict between nations in the name of profit. “You’re incentivized to act like an arms dealer,” says Begy. “So the game makes you culpable in that system.”

Another title is Assembling Rosie, a 2D puzzle-platformer starring a strong female protagonist — a rarity in gaming. The game will also tackle issues concerning body modification.

In Rat Story, players witness the harsh conditions of working in a ship-breaking facility from the perspective of a rat racing through a maze, and Skipping Stones (as featured in the April issue of Cult MTL) is an exploration game about suicide. ■

On July 18, at Critical Hit’s office in the Concordia’s EV building, the teams will be hosting a 5 à 7 where the public can test out their prototypes. For more information, or to follow along with their development blog, visit criticalhitmontreal.ca or on Twitter/Facebook/Instagram at @CriticalHitMTL