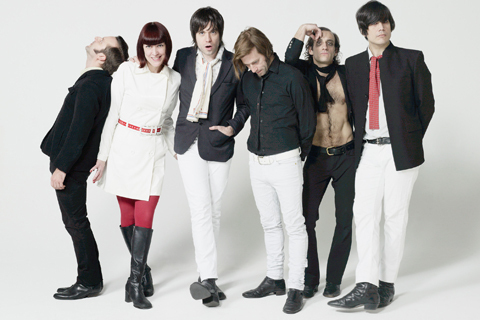 There are no guitars on the new single by Dears singer Murray A. Lightburn, but synths, e-beats and strings lay ground for a great melody and the kind of emotionally searing lyrics you’ve come to expect. “Motherfuckers” is the first track from the forthcoming “electronic pop opera” soundtrack, MASS:LIGHT.

Michael Silver’s been busy. Paper Bag recently unveiled the first track from his Music for Objects EP (out July 9), a seductive sax, woodwind, piano and bass creation called “Camera” that makes his upcoming appearance at the Jazz Festival (June 30, at Metropolis) more than a token nod to the electronic scene. For a little context to CFCF’s evolution as a producer and songwriter, check out this mixtape of influences he put together for Dazed Digital.

It’s not a pretty day out but this CTZNSHP video is pure dumb summer fun. Feel it.

There have been 132,417 known infections of COVID-19 in the city. Here’s how that number breaks down by borough.

The vodka brand is offering a unique nine-hole experience for Montrealers.