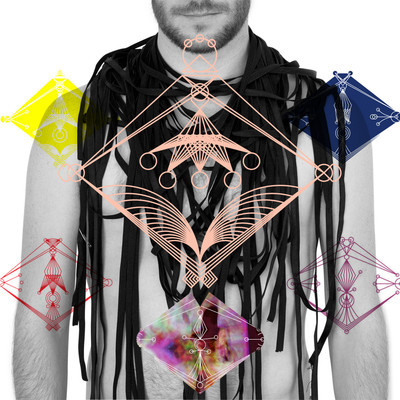 Montreal electro-pop producer Montag is releasing the Phases LP via Carpark Records on June 25, on clear vinyl in a limited run of 300. He’ll be launching the record at la Sala Rossa on Friday, July 5 with support from Digits, and the gig will mark Montag’s first show as a trio, as main man Antoine Bédard is joined by Navet Confit on bass and keyboards and Mathieu Vezio on drums. Check out the video for “The Last Call” here.

And have a listen to remixes of Montag’s “Memori” here:

Divine Fits, aka onetime/honourary Montrealer Dan Boeckner (ex-Wolf Parade & Handsome Furs) & Spoon’s Britt Daniel plus a couple of dudes (and a new chica) premiered two new songs on Conan last week. The vinyl version of the double A-side single is out July 23 on Merge Records, but you can pre-order it now. (The band also just announced that they’d be recording a live album for Jack White’s label Third Man, on Monday at Nashville’s Blue Room.) Watch this, it’s fucking good:

Also on the Montreal-ex-pat-on-Merge-records tip, King Khan & the Shrines have announced a new record, Idle No More — yes, the rock’n’roll band renowned for putting on “the wildest show on earth” have named their forthcoming LP about the aboriginal activist movement. It’s out Sept. 3. Here’s a taste:

Braids made their live local comeback this week (read and see our take on that here), but it’ll be a couple of months until their record’s out. In the meantime, check out singer Raphaelle Standell-Preston’s other band Blue Hawaii in this new video:

And finally, one of several local acts to make the Polaris Prize long-list this week is Peter Peter, for his 2012 album Une version améliorée de la tristesse. He also just signed to Sony France, and is set to play a headlining gig as part of the Francofolies festival (with la Femme at Club Soda on Thursday, June 20, 9 p.m., $23/$26). It’s a good week for Peter Peter. Here’s a new video for one of our favourite tunes off his record, “Carrousel,” directed by John Londono et Gabriel Brault Tardif.