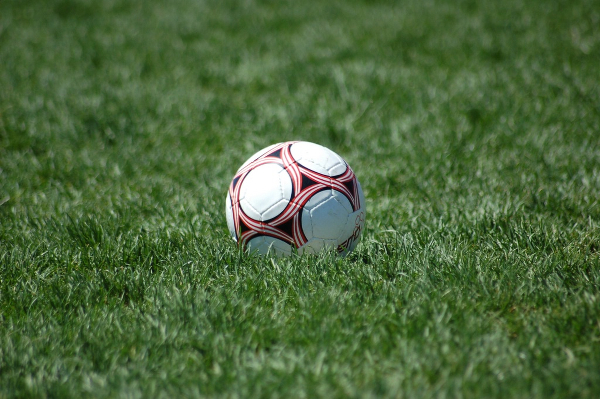 If the Quebec Soccer Federation has its way, kids wearing turbans won’t be able to kick one of these around in a game. Photo via Flickr

“Reading the tiresome and seemingly never-ending debate about whether Quebec or the ROC is ‘more racist’ is like listening to a Montréalais and a Winnipegger argue about which city gets more snow.

“Guys, you both get a lot of snow. Stop arguing and start shoveling.” —former Montrealer David Hunt in response to comments on last week’s Quebec, Ink.

Hunt is right. We’re up to our butts in racism, yet we’d rather argue about who’s worse. The fact is, we’re all pretty bad. Poll after poll conducted by the Association for Canadian Studies shows a significant degree of intolerance and distrust among Canadians toward certain groups, especially religious minorities.

I sat down with ACS director Jack Jedwab last week to discuss the racism issue and to explore what his organization’s polling has revealed. I walked out 90 minutes later feeling much less optimistic about the state of race relations in Canada and the Western world.

And then the turbans hit the turbines.

Just in case you were on another planet, a decision by the Quebec Soccer Federation’s board of directors to formally ban the wearing of patkas (compact turbans worn to play sports) by religious Sikhs has erupted into yet another incident of international embarrassment for Quebec. Citing safety concerns, QSF director-general Brigitte Frot last week told reporters that children excluded by the directive could always go play in their own backyards. But she was unable to point to a single incident where a patka (as opposed to cleats, shoelaces, etc.) had caused an injury.

Cue the outrage, especially from the Canadian Soccer Association, whose national directive specifically allows the wearing of turbans. This week it suspended the QSF until it reverses the ban, a decision that predictably led Parti Québécois Premier Pauline Marois to declare some sort of bizarre soccer sovereignty, saying only the international soccer organization, FIFA, could tell Quebec what to do.

All of the other provincial associations expressly allow patkas on the pitch — as do many other FIFA-member nations, including England, Australia and India — so why is the Quebec association such a hardcore hold-out? The QSF defends itself by arguing FIFA has not specifically allowed turbans, as it recently did with hijabs.

What topsy-turvy logic! FIFA bans are adopted in reaction to problems that arise on the field. When players started wearing snoods, a neck-warmer, in 2011, FIFA quickly outlawed them as unsafe. Players have been wearing patkas for generations without FIFA instituting restrictions. This “oversight” from an organization whose rulebook for acceptable uniform decoration is 91 pages long?

If FIFA wanted to ban patkas, it would say exactly that, as it did when it banned hijabs in 2007. (It then reversed the decision five years later.)

Frot argues that the Quebec federation is merely following the rules, even telling RDS that she’s “stunned” that the Canadian Association and provincial chapters aren’t respecting FIFA regs. So are she and her colleagues merely zealous bureaucrats who are just following the letter of the law? Or are they using a highly restrictive interpretation of FIFA Rule 4 because they don’t think religious symbols should be accommodated in the sport?

The divide between anglos and francos on this one is huge. Stories and editorials on the English side are almost universally negative, while French-language coverage of the QSF ban is generally much more sympathetic. Friends of mine on the franco side who are usually much more attuned to issues of discrimination are defending Frot like she’s a misunderstood cousin.

Those few franco pundits who dared criticize the QSF decision seemed to do so with the knowledge that it would provoke a lot of blowback. Journal de Montréal blogger Lise Ravary — whom I criticized last week for insensitivity on the blackface issue — came out strongly in support of allowing patkas. Then she concluded, “I know most of you will disagree with me. All I hope is that we think about these things with cool heads. Not immersed with anger and resentment. Not coated in ignorance.”

Uh, good luck with that one.

One friend asked me on Facebook how I could feel so confident that intolerance for Sikh religious practices was at the heart of the QSF ban. Like many other Quebecers, she feels that accusations of racism are aimed at all francophones.

I wrote back that “racists exist in all communities, anglo, franco or allo. To acknowledge that racism exists is not the same as saying that ALL francos, anglos or allos are racist. On the flip side, it is just as bad to deny that racism exists within your community simply because your friends in that community are NOT racist.”

In response to a question about statements that French Quebec is racist (because of the blackface incident), Jedwab rejects the notion. “You can’t make a sweeping statement that ‘all people that are part of this community are racist.’… In fact, that statement in itself is racist because it involves a generalization that I think is unfair.”

“In societies that are racist, you wouldn’t be having this debate. Debate shows that you are struggling with these issues.”

Several ACS surveys have shown Canadians have a lot to struggle with, especially our attitudes toward Jews, Muslims and Sikhs. We harbour much more overt hostility to those groups than we do to blacks, aboriginals or gays. And yes, a larger proportion of French Quebecers are intolerant compared to anglophones, but that’s nothing to crow about.

When it comes to Sikhs, 25 per cent of all respondents admitted to having unfavourable opinions of that religious group, and 22 per cent said they didn’t know what their attitude was. So to answer my friend, I’m confident that intolerance and ignorance is at the heart of the ban because we’re all surrounded by it.

Time to get shoveling. ■