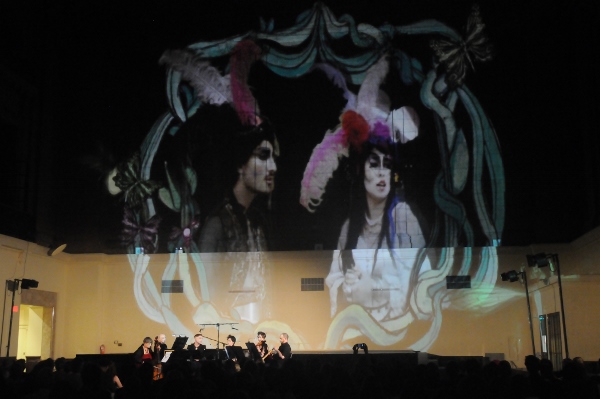 The show was preceded by a spoken word performance by Canadian supermodel Irina Lazareanu, readings by This Is Happening Whether You Like It or Not’s Ashley Opheim & Guillaume Morissette, plus 18th-century-inspired Suites for solo harpsichord composed by D’Eon. Cindy Lopez captured some scenes from the spectacle.