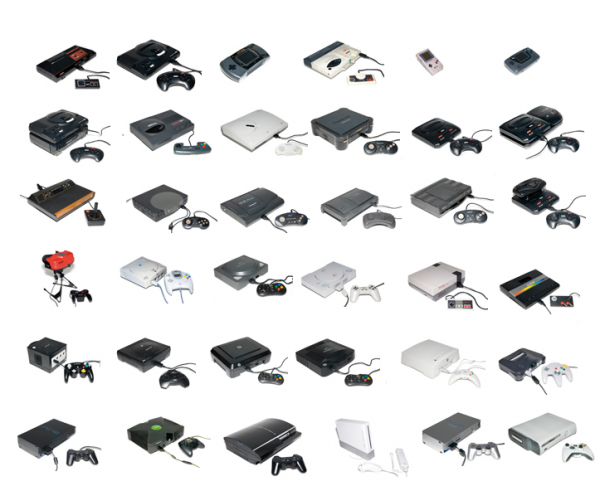 The video game industry moves fast. It’s moving so fast, in fact, that there are still a lot of questions as to how to properly document and preserve gaming’s history.

This weekend’s inaugural History of Games International Conference at La grande bibliothèque, isn’t just a nostalgic look at the past —  it’s a rare opportunity for gaming historians from across the globe to get together and figure out how to write the history books, before too much of the original source material gets lost or destroyed.

“It’s scholars who build history, because we’re responsible for selecting what’s relevant from insane amounts of information,” says conference organizer Carl Therrien, one of three professors at the Université de Montréal who specialize in video games. “We have to be conscious about this, because if we’re not, our biases could be in our work without realizing it.”

History of Games, he says, will be about sharing methods with other professors, as well as convincing those in the gaming industry that original source codes, design documents and other mementos of the development process are worth keeping.

U de M has a continuously expanding gaming lab available to students, with over 40 playable consoles from every era, and 2000 games. It’s important that the games be playable in their original form on the old consoles, Therrien says, because although emulation provides a near-identical experience, it’s never 100 per cent accurate.

A major component of the conference will be to figure out what’s important when it comes to gaming history.

“A big question is how do we translate everything, from the technical side to the cultural and social side, into a linear narrative?” asks Therrien. “A lot of books have been written about video game history that talked about technological evolution and the industry’s development, but had to trim aspects like genres and gameplay mechanics, because there’s simply too much information to cover.”

Gaming history books are also usually told exclusively through an American-Japanese perspective, so at History of Games there will be talks on how gaming developed in 1980s Czechoslovakia and in Scandinavia.

The conference’s main event will be Sunday’s roundtable, starring gaming legends John Romero (Doom, Quake), wife Brenda Romero (Wizardry) and Warren Spector (Wing Commander, System Shock). “They’re going to be talking about archiving the creative process —  what documents do you keep as a game designer to pass on to the next generation,” says Therrien.

He hopes the conference will convince game companies that they have a pivotal role to play in ensuring their own legacies, and making gaming’s history accessible. “Consoles are moving towards digital distribution that rely on a server, but in ten years, what will happen to those games? Will we still be able to access them?” asks Therrien. “We’re already facing that problem. The industry and academia need to work together to find solutions.” ■