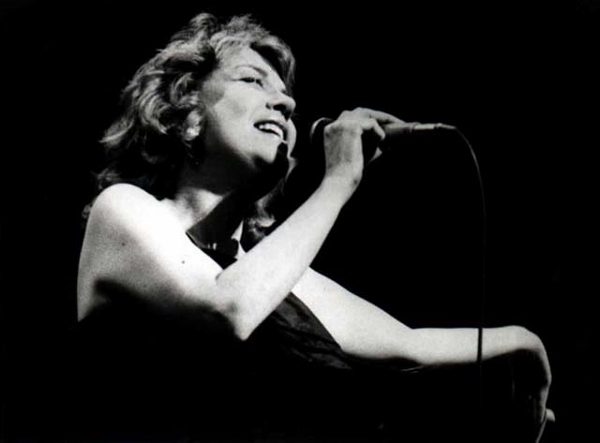 With the adventurous sounds of roughly 60 Suoni per il popolo concerts still ringing in our ears, we’re faced with the prospect of heading down to the Place des Festivals for roughly 450 shows at the Jazz Fest, which began yesterday but gets going in earnest on Friday, June 28, and wraps up on Sunday, July 7. While there’s lots of free stuff, most of the interesting jazz is indoors (about 150 concerts), and as venues sell out, it’s time to make choices.

There are some obvious standouts like Wynton Marsalis’s Lincoln Center Jazz Orchestra, the Wayne Shorter Quartet, the Brubeck Brothers’ tribute to their dad Dave, or maybe even New Orleans’ Trombone Shorty. But there are many more interesting artists to catch up on and more adventurous music to experience.

If you like jazz in the tradition, I’d forgo Marsalis, Shorter and even George Benson, great though they may be — I’d head straight for Barry Harris and his trio for one of his sets at Upstairs (June 28 and 29). The intimate club setting will be perfect for the subtleties of Harris’s music. The Detroit-born pianist, scholar and educator played with many of bebop and hard bop’s finest and is an amazing stylist in his own right. Now in his 80s, he’s a living exponent of the roots of the Afro-American art form at its best.

In the same vein, I’d come back to that spot for sets of tunes sung by Helen Merrill (July 3–4), an artist who recorded with great jazz players like Clifford Brown, Kenny Dorham and Steve Lacy.

A little more adventurous music may be had in the Invitation series hosted by Charles Lloyd (June 28–30) and Vijay Iyer (July 4–6) at Théâtre Jean-Duceppe. Lloyd, a saxophonist with a mystical inclination, is playing in a quartet with pianist Jason Moran, bassist Reuben Rogers and drummer Eric Harland, a trio with tabla player Zakir Hussain and Harland, and duos/trio with Jason Moran and guitarist Bill Frisell. As for Iyer, he’s one of the most innovative younger musicians out there. Educated as a mathematician and physicist, Iver is an American pianist and composer of Tamil descent who has worked in the free improv world and done extensive scholarly research on music. As a player, he’s compelling. I saw him in the trio Fieldwork a few years back in Victoriaville and was wowed by the fresh sounds and rhythms. In the three Invitation series concerts, he’s playing in a trio with bassist Stephan Crumpe and drummer Justin Brown, a duo with fellow keyboardist Craig Taborn and a solo show.

A concert that might be worth the pricey ticket is saxophonist Joshua Redman at the Maison Symphonique, playing with a string orchestra (June 29). The idea of hearing themes and improvisations by Redman — as soulful, articulate, centred and genuine a player as they come — accompanied by strings in an acoustically fine hall is very tempting.

EURO ZONE AND FREE ($0) JAZZ
For a contemporary European take on jazz, I’d head to the l’Astral on July 6 to catch French pianist Laurent de Wilde and his trio, (Ira Coleman bass, Clarence Penn Drums). De Wilde was born in the USA and has been back and forth across the pond, most notably abandoning literary studies in his early 20s to settle in New York City as a jazz musician. He’s also penned a book on Thelonious Monk and is at work on another musicological project. I saw him at the Jazz Fest in 2002, playing a highly charged electro-drums-and-bass-post-bop stew from his album Time 4 Change and was blown away by the fluency of his rhythmic approach and his intimate knowledge of the jazz lexicon.

While there are many international artists to choose from, the Jazz Fest also showcases several of Montreal’s finest players, notably in the Jazz d’ici series. However, I’d be most tempted  to catch the newly formed Orchestre National de Jazz de Montréal in the Jazz Beat series (July 6).

After purchasing the tickets to these shows, I’d be too broke to catch any of the fine guitarists like John Abercrombie, Bill Frisell, Kurt Rosenwinkle, Charlie Hunter, saxophonists Tim Berne, David Murray, Tia Fuller, Ravi Coltrane, Courtney Pine, Yannik Rieu, André Leroux, trumpeters Ingrid Jensen or Dave Douglas, pianists Steve Kuhn, Chucho Valdez or Enrico Pieranunzi (solo!). I’d decide instead on a free show and stand among the festive masses to listen to Vancouver’s Brad Turner and his quartet on June 30 at 6 p.m. at the  TD stage, smack dab in the centre of the site at de Maisonneuve and Jeanne-Mance. A first call trumpeter in the Vancouver jazz and creative music scene, Turner is also an accomplished pianist and a decent drummer. He’ll be playing with André Lachance on bass, Bruno Hubert keyboards, Dylan Van Der Schyff drums, fine musicians all. I definitely won’t miss that one. And the price is right. ■