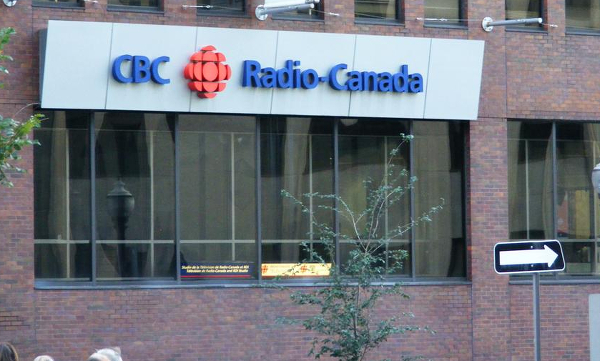 Ici, c’est Pepsi. Or should we now say ICI, reporting live on the scene?

Yesterday, Radio-Canada announced it had had enough of Our Native Land, as well as broadcasting, and would henceforth be known by its newly adopted Apple-sleek moniker of ICI, all caps. It’s a vague new name for an institution that provides a rather specific service: broadcasting…in Canada.

There aren’t too many venerable brands out there with less of a need for a hip makeover than Radio-Canada. It’s our old, reliable public broadcaster — a model of consistency — not Altria trying to make us forget about Philip Morris cigarettes.

First and foremost, the ICI name begs a few questions. Where’s ICI? Is it an acronym? Does ICI represent a particular place or people? Why is Radio-Canada stealing the name of the Mirror’s deceased franco counterpart? What does Jesus Jones think about all this?

There’s an official chart going around, supposedly clarifying that it’s just a branding thing and not a full name change. But everything that viewers see will be altered, and journalists will be signing off from ICI — in addition to saying where they actually are, presumably.

If it’s meant to reflect the evolution in how we consume news, how is ICI more descriptive than the old name? Sure, we receive news faster than ever before, and on a wide variety of devices, but our ICIs are constantly in flux. Besides, when someone asks you where you are, you never simply respond with “here.”

If the name change was done in the name of political correctness — i.e., removing the Canada part to appease separatists — then it’s a myopic decision made at a time when far too many people could be accused of acting hastily and irrationally. If there truly are pockets of ardent separatists who avoid all things Canada on principle, I doubt they’ll be hoodwinked by the cool new name.

Also, even though Radio-Canada is the French side of our public broadcaster, it’s a service provided to all Canadians. Does Edmonton count as ICI, too? And what about international reporting — is it possible to be ICI and là-bas at the same time?