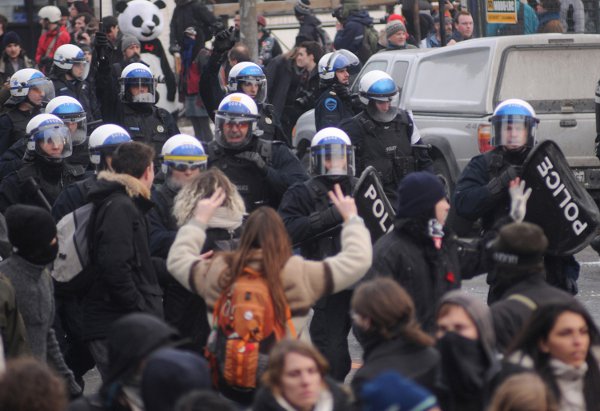 Last spring, at the height of the tuition protests, you pretty much couldn’t escape the #Manifencours hashtag — if you were on Twitter, at least. The popular phrase denoted that, yes, a protest was happening right fucking now. Its urgency got everyone on board, so when we asked you for your favourite Twitter feeds (No. 5, to be exact), we weren’t surprised when the hashtag — which technically isn’t a feed — made the list. What you may not know, though, is that the tag was the product of the @SPVM’s own account. So with that in mind, we did a little digging to figure out its exact origin. Here’s what our source — who mans @SPMV — had to say:

“In Feb. 2012, after a couple of demonstrations, the SPVM created the Twitter hashtag #Manifencours in order to gather discussions on protests and keep the public informed about relevant traffic and safety information. #Manifencours became a reference hashtag on Twitter for all demonstrations taking place on the island of Montreal. To this day it is even used in other international events.”