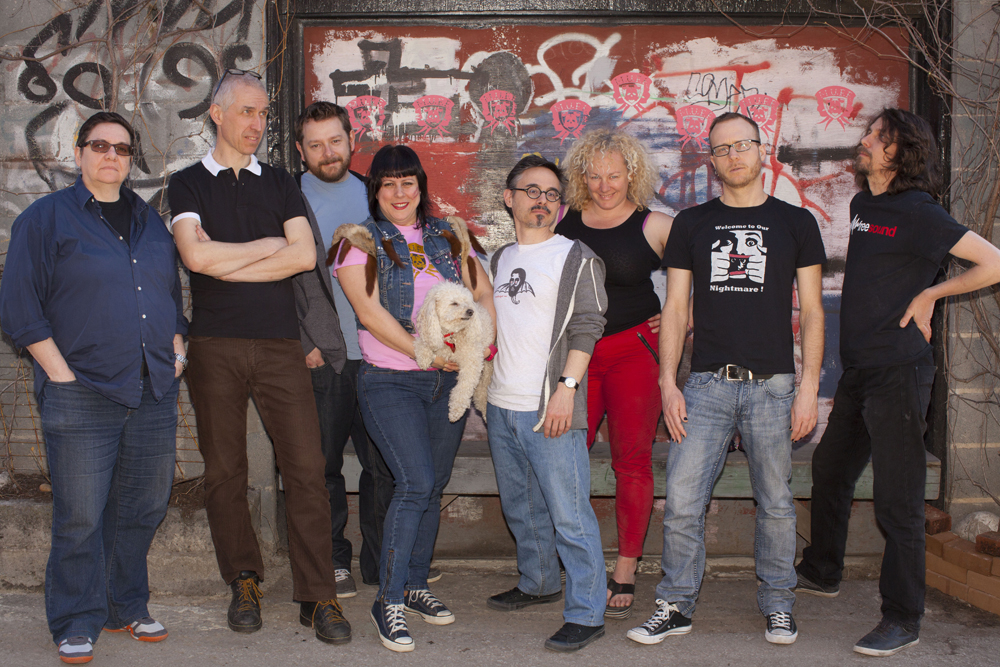 The 8th Annual Montreal Underground Film Festival (MUFF) begins this Friday with what is anticipated to be one hell of a party. I had the opportunity to speak with co-founder and programmer Karina Mariano and the rest of the MUFF crew about what we can expect this year.

“We try to be as open-minded as possible while doing the pre-selection,” says Mariano. “One thing is for sure — we value work that is original, hand-made and daring. It’s important, too, for the work to feel like there is really an auteur behind it who wants to share a vision with us. There are eight of us, so we have a broad range of personal tastes and backgrounds. But mostly we all value art films, low-budget, independent work. Films that push boundaries.”

MUFF is not your typical film festival. The films are short — rarely climbing above the 15 minute mark — and they are created by passionate artists without the influence of corporate entities or worries about critical reception. This allows the festival to provide viewers with a unique experience every year due to the vast array of content they receive — but this also makes programming the festival a little more complicated.

“We try to go with the themes we see developing organically from the films that interest us. And we do our general programme mapping collectively, which makes the process a fun challenge! We always get so many great films, and it is always a struggle to fit everything into appropriate programmes, since we have limited screening slots available. We added a few new members to our collective this year. So, in terms of our 2013 programming, we tried a different formula where each member of the MUFF collective took on one of the programmes that we had decided upon as a group and sort of adopts it as their own,” says Mariano.

This process allows each of the MUFF crew members to curate their own program which speaks to their interests and as fans of these particular types of films. “I always have had a soft spot for personal, diary-type films with their sense of nostalgia, their impressionistic imagery and collage aesthetic — so I took on our Dear Diary programme,” explains Mariano.

“Mario DeGiglio-Bellemare, who is a horror film specialist, has been putting together Saturday’s Midnight Dread programme for a few years now, and this year’s version has some seriously disturbing and beautiful films. Allan Brown, who has two films in the festival this year, claimed our weird and twisted films program, which he decided to call Squirrels because any program that combines time traveling bearded gurus with Las Vegas tourists needs a bizarre title. Brad Colbourne took on Caffeinated Jitterbugs … “painterly” films that are all about feeling, surface and texture. Zoe Brown’s Sex is for Suckers  is a sex programme with a few surprises, since it’s as much about suburban anxiety as it is about frank sexuality. Anne Golden laid claim to SatNav, a program of docu-portraitures that really push the boundaries of autobiographical filmmaking, and Kris Woofter, who is another horror guy, latched onto The Shadow at the Bottom of the World: Nature and Industry, which includes shorts that feature creepy machines and ruins, microscopic images of nature … and almost NO people.”

The opening night has been given a slightly different treatment as they’ve combined their programming prowess to select a group of shorts to reflect the entire festival. Says Mariano, “We all lay claim to the eclectic bunch of shorts that make up our Opening Night, which we think will appeal equally to people who are MUFF regulars, MUFF virgins and to anyone who has gotten tipsy by the 9 p.m. screening time.”

The group attributes their past success to their collaboration, the fantastic films and their independent spirit.

“Our festival is 100 per cent independent, artist-run, by and for artists,” says Mariano. “A few years ago, we weren’t sure if we should go with the flow and make MUFF “bigger and better,” and Dan Cross, producer/filmmaker and friend of MUFF, said “keep it small, keep it relevant.” And that, I think, pretty much sums it up.” ■