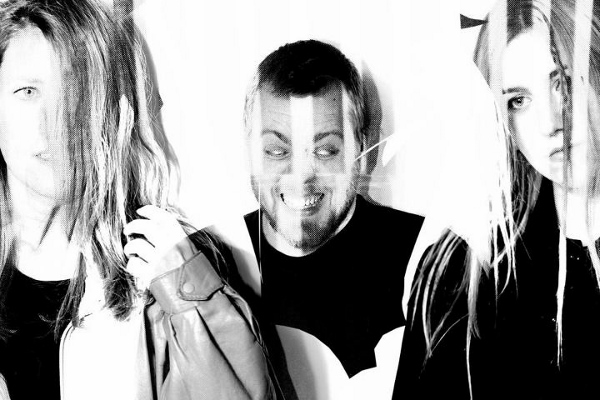 In military parlance, “no joy” basically means “no dice,” and they say it a few times in the movie Top Gun whenever something’s lost or off-target. Montreal band No Joy, however, are neither of those things.

Having come a long way since their long-distance collaboration trading laptop-recorded riffs between Montreal and L.A. in 2009, No Joy recently released their second studio full-length, Wait to Pleasure, via Mexican Summer Records — 11 tracks of layered and undulating drone that make you want to look down at your shoes and, you know, kind of gaze at them. Terrible jokes aside, the slow-burning shoegazery of No Joy’s sophomore effort is perfectly well-timed to serve as a soundtrack to the joys and joylessness of approaching summer.

I caught up with singer and guitarist Jasamine White-Gluz over the phone while they were on their way to Philadelphia on the tail end of a roughly 25-date tour.

Gregory Pike: How’s the tour been going so far?
Jasamine White-Gluz: It’s been good. We got to tour with our friends in the band METZ, and Clinic from Liverpool. So it’s been fun.

GP: Recently, No Joy tweeted, “Garland now keeps a switchblade and a lead pipe next to his drums when we play (in case of emergencies).” Why’d you tweet that?
JWG: Well, we’ve been touring a long time now, about three years, and 2013 is the year that a lot of gear broke. Pretty much all of our gear’s been broken up. So a lead pipe is just part of our gear, another drum piece. We’ve been making all kinds of makeshift repairs.

GP: So it’s not because rowdy fans jump on stage and mess with your stuff?
JWG: Oh. To control the fans, we have lead pipes. Like, if they get too close, we hit ’em.

GP: I guess it’s pornographic in the sense that the band seems to prefer little to no interaction with the audience. How come you guys maintain that distance?
JWG: It’s just what we’ve always done. I don’t think we need to talk between songs. I mean, what are we supposed to do? Hand out little appetizers while we play or something? ■