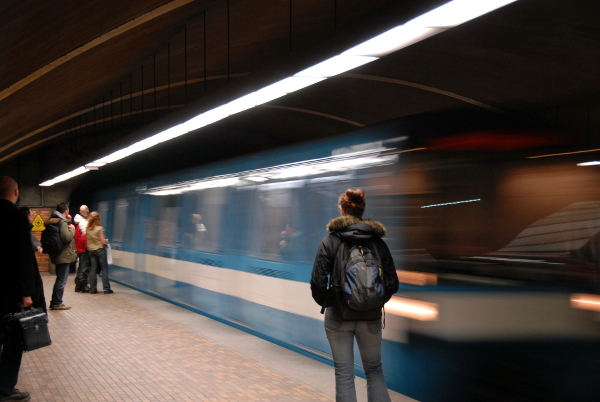 Could our city’s public transit be better? The Internet says yes. Photo via Flickr

According to what has sadly become one of our favourite websites, TripAdvisor, “Montreal has a clean, safe, and efficient public transit system.” And, yeah, sure, that’s true, for the most part. Despite the occasional metro shutdown, the fact that bus service to a crawl at the first sign of snow (and sometimes rain) and the near impossibility of buying a train ticket when it counts, the STM and AMT’s service is passable.

But if the Internet is good at anything, it’s talking shit. With that in mind, we present you with the only take on our transit system that truly matters: that of the disgruntled out-of-towner with a laptop and a WiFi connection.

“What I don’t like are these new bus tickets.
[box type=”shadow”]I can’t even begin to count how many times my ticket doesn’t work. The drivers usually let me pass, but still, it’s kind of a pain. These same style of tickets work in DC/VA/MD so, make it work here guys! Another problem is bus schedules. Not every stop has a schedule posted, that’s a problem, especially if I am not familiar with the bus route and so, I can’t just walk to the next stop.[/box]

“Seeing as I’d spent the previous part of my trip walking everywhere with no problem, I think I’d stick to that next time.”
[box type=”shadow”]On the platform I was accosted by a gentleman yelling obscenities and grabbing at me (not the STM’s fault, but it sure didn’t put me at ease to the safety of the system). When I asked at the Berri station about the pass, I was directed to a kiosk with a big NO CASH PAYMENT notice.  When I tried to pay with my card I was informed that they don’t accept American cards.  I was sent to another machine on the other side of the station to pay with cash. I finally bought my ticket and tried to enter the turnstile.  No luck.  When I asked one of the staff, they tried it, found it didn’t work and then told me there was nothing they could do.[/box]

“turnstiles make me nervous”
[box type=”shadow”]alright, so i’m off transit because turnstiles make me nervous, not in a life is a traffic jam, ‘down with turnstiles’ hippie sort of way, but i’m actually too incompetent to operate a turnstile and no longer trust myself not making a complete ass/ fool of myself while some transit lady (bless her, she’s trying) shouts out instructions that i don’t understand, and i  end up feeling like an infant/subterranean homesick alien. i could never perform two tasks at once, and i haven’t had much experience with modern technology, coming from a city that was previously stile -free (unfortunately, style free as well), and so i can’t insert the card (then grab the card) and turn the stile all at once, i’m always too late.[/box]