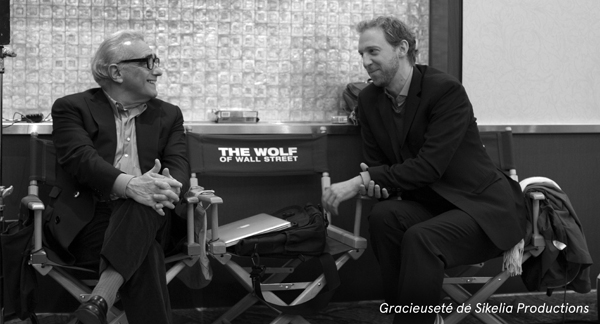 The always innovative PHI Centre, who should be lauded for their fundamentally pro-artist/pro-audience-friendly programming, has an exciting line-up of free screenings planned from May 23–28. They will be offering a selection of seven restored world movie classics culled from Martin Scorsese’s World Cinema Foundation (WCF). An offshoot of the Film Foundation and established by Scorsese as a non-profit organization, the WCF is dedicated to the preservation and restoration  of neglected and archival international films.

The PHI Centre’s line-up is certainly obscure, with the most recent offering being 1981’s Trances by Moroccan filmmaker Ahmed El Maanouni. The remaining six selections are often in black and white, ranging in date from 1931–1972, from nations as far and wide as Brazil, India, Indonesia, Turkey, Egypt and Iran.

Local filmmaker Mathieu Roy, who first met Scorsese when he acted as the famous director’s personal assistant on the Montreal set of The Aviator in 2003, has been involved with the WCF since 2007, and was instrumental in bringing this selection of films to Montreal’s PHI Centre.

Roy, currently on-site at the Cannes Film Festival (where the WCF’s recently restored lost Filipino classic Manila, in the Claws of Light by Lino Brocka, just made its renaissance debut), weighed in on the cynical question of why contemporary North American audiences should be excited by these old foreign films. “Having just watched Brocka’s masterpiece at Cannes yesterday, the film seemed much more modern than most [recent] films I’ve seen this year. I’m confident that Montreal cinephiles, students and moviegoers are thirsty for a different kind of movie: movies that were made freely and outside the studio system; movies that tell us about who we are as human beings. Moreover, none of these films have ever been shown in Montreal,” explains Roy.

As for his personal favourites among the bunch, Roy highlights Trances. “I saw it with Scorsese in Marrakesh in front of thousands of people and thus it remains a special one for me. Limite is also a very interesting impressionistic film, made in 1931. The film has an incredible cultish history, and I edited a 12-minute interview clip with Walter Salles [for the WCF] where he explains and contextualizes why and how the film is so important.” ■

The World Cinema Foundation’s Martin Scorsese Presents, begins Thursday, May 23 at the Phi Centre (407 St-Pierre). Check their website for the film schedule. All screenings free.