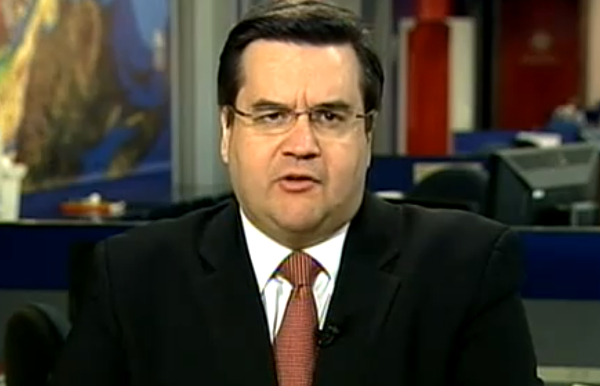 Denis Coderre, the man who may be… something

The longest striptease in the history of politics seems to finally be nearing an end. Last week we learned that a new party—”Denis Coderre Team for Montreal”—has been registered with Elections Quebec, and on May 16 the man is scheduled to announce… something.

He was supposed to announce something last November at a party celebrating 15 years as MP for the Bourassa riding. But the annual spaghetti dinner fundraiser did little but peel away another veil. The assembled dignitaries and 1,200 supporters were on hand not to celebrate his anniversary (which was in June), but as a show of force for the aspiring mayor.

Even now that we know there’s a new municipal party, and that Coderre is the head of it, all he would tell la Presse last weekend was that: “There are polls that say 40 per cent of Montrealers see me as mayor of Montreal. We’re in consultations. I know you’re impatient, but on May 16, we’ll talk to Montrealers.”

Someone should tell Coderre that a striptease is over when the only items you’re still wearing are your socks.

Although his candidacy isn’t a surprise, there’s still plenty of mystery surrounding what Coderre stands for.  Aside from his recent penchant for liberally sprinkling “Montreal” and “Montrealers” in all his speeches, he hasn’t said much about the city or its problems.

That’s one of the advantages he has had as an unannounced candidate: no need to weigh in on the budget, taxes, potholes, student protests etc.; no need to debate the men and women who actually run the city. While Vision Montréal’s Louise Harel and Projet Montréal’s Richard Bergeron study the issues and propose policies, Coderre watches from behind the curtain, looking for strengths and weaknesses he can eventually exploit.

The most important question the mystery mayor will have to answer on May 16 is whether he wants to lead the city or lead a party.

The latter is a long tradition in Montreal, with Jean Drapeau holding power for 29 years by handpicking all of his candidates and keeping most debates behind the closed doors of the executive committee and party caucus. Although it was called the Civic Party, everyone knew it was Drapeau’s party in all but name.

Several recent mayoralty candidates have dropped the pretence, incorporating their own names into those of their parties. The distinction is important because, in Montreal elections, you vote separately for mayor and city councillors and for borough mayors and councillors.

In other words, you can vote for Denis Coderre as mayor, a Projet Montréal candidate for council, a Union Montréal borough mayor and a Vision Montréal borough councillor. Unlike the parliamentary systems used in Quebec and Ottawa, the number of seats a party wins doesn’t affect who becomes mayor: It goes to the candidate with the most votes.

That’s why some parties are desperate to tie their candidates’ coattails to the usually better-known names of the party leaders. They want to sell themselves as a package deal and use the ballot forms—which list the full name of the party beside each candidate—to do it.

If Coderre’s intention isn’t merely to become mayor but to lock up control of the city, then he needs to come up with 103 candidates on fairly short notice. Maybe he has been using his shadow time wisely and has already picked his slate, but it’s doubtful that he found so many people with community connections who all share his so-far unvoiced vision for the city.

No doubt he’ll be picking up some Union Montréal leftovers with maybe a side order of Vision Montréal discontents, but so far Coderre’s candidacy seems to be following the same old pattern of star candidates surrounding themselves with willing sycophants.

Out with the old king. In with the new king.

Gérald Tremblay’s appearance before the Charbonneau Commission this week shows once more that he was a captain who was too busy entertaining to bother worrying about the direction the ship was heading. Told that there was a possibility the city could save $40-million to $45-million a year on contract costs, Tremblay handed the dossier to the very person who numerous Charbonneau witnesses have identified as the man behind the patronage, former executive committee chair Frank Zampino.

Tremblay then admitted that he had failed to follow up on the dossier because he was too busy trying to save the FINA aquatic championships, another project mired in controversy, corruption and even suicide.

And once again, Tremblay said it wasn’t his fault that he surrounded himself with people he trusted who weren’t trustworthy, but he takes responsibility for it all, as long as you understand that he isn’t responsible.  ■