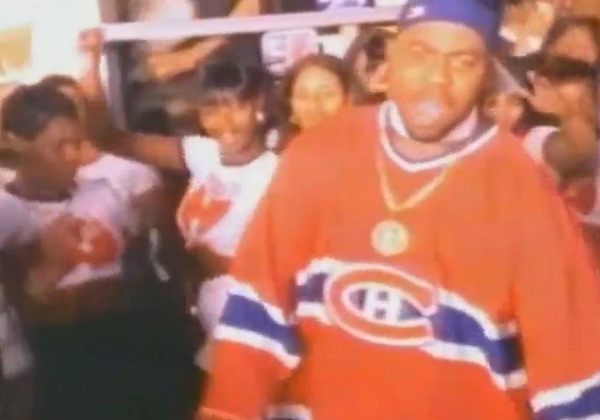 Montreal has long had a fraught relationship with rappers, mostly because many of them can’t make it into the city. Last night, Queens legends Cormega and Large Professor were scheduled to make a super-rare appearance at Cabaret Underworld. A few hours before the show, though, Mega tweeted that he couldn’t make it across the border, likely because he’s done some time.

But while some may never set foot on our soil, American rappers still have love for our city and even our province. Or at least they know that both exist. Here’s proof.

“Baby, I don’t know what to say/Maybe it was the 20-hour drive from Montreal to Thunder Bay.”
Unlike some of us here at Cult MTL, Brooklyn’s Joell Ortiz — who, yes, made it into the country on a Slaughterhouse tour — doesn’t suffer from what Mordecai Richler would have called a fragmented sense of nation. Case in point: He’s been to Thunder Bay. He even knows how long it takes to drive there.

Jin, “Thank You”
http://www.youtube.com/watch?v=tWDxuhyvMww
“T-Dot, Montreal, where I keep mass appeal.”
For what it’s worth, we can’t remember Jin, a Chinese-American MC who made a name on BET’s 106 and Park before signing to Ruff Ryders, keeping mass appeal in Montreal or anywhere else, either in 2004, when this record came out, or today.

Wu-Tang Clan, “The Projects”
http://www.youtube.com/watch?v=16vplqOP20I
“Take over the set/Rep from here to Quebec.”
Of all the rappers to drop a bar about doing something or other from here to Quebec — Nature, Royal Flush, La the Darkman — Raekwon remains our favourite, in large part because he pronounced our province’s name “Q-Bec.” If ever the angryphones get together to push a militant political agenda, that’s exactly what they should call their party.

Jadakiss feat. Ron Isley, “Big Business”
http://www.youtube.com/watch?v=Z78FqXQOTqA
“Ayo, I’m dealing with this mami from Quebec/When she fly in, I pull the boat out and we blow scommie on the deck.”
Though only a seven-hour drive away, when Jadakiss’s Quebec girl flies into Yonkers, a suburb just outside the Bronx, the two get high as fuck on a boat, presumably somewhere along the lower Hudson river.

“Did a show in Montreal, in an arena, 62,000 packed/Everyone was blind.”
On a song full of hyperbole, Kool Keith boasts about performing before 62,000 people, all of them blind, proving, at the very least, that he can cross the border. ■