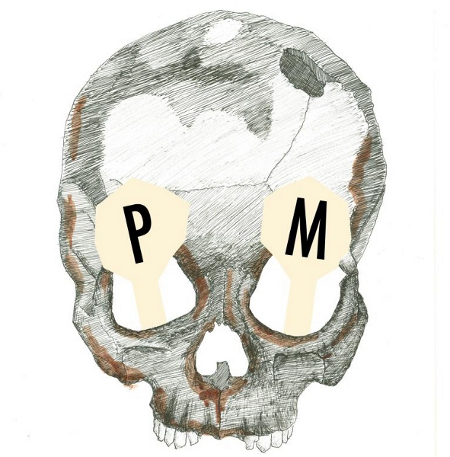 The first issue of Petite Mort launches this week, illustration by Eli Sheiner

“We’re just inspired by all the people we know,” says Ben Poirier, one of the editors of Petite Mort, a new Montreal-based publication that launches its first print issue this coming Saturday. Despite being busy planning a launch party, the editorial team found time to discuss their project between bites of burritos.

The editors of Petite Mort — which they describe as an arts and commentary publication — claim to have been “bitten” by Montreal. Their magazine is the result of that bite, seeking to provide a “curated view” of the city’s complex cultural landscape and infect its readership with the same poison. “Petite mort” is a phrase derived from the Renaissance — a euphemism for sexual release and the loss of creative genius believed to accompany it.

“Youngness, especially” is what inspires editor and writer Fabien Maltais-Bayda. “In Montreal, you don’t have to look far for people who can write amazing things, or make amazing art. Our oldest contributor is 25.”

However, Petite Mort’s desire to capture the youthfulness of the city is compounded by a desire to experiment with form, particularly within the genre of long-form journalism.

“We started [Petite Mort] because we felt like there wasn’t anything to fill that void — the longer- form journalism [based on] Montreal,” says editor Mercedes Sharpe Zayas. She cites New York as an example of a city that has lots of long-form publications dedicated to itself.

Long-form journalism serves only as starting point, however. The pieces included in the upcoming issue of Petite Mort vary widely in scope and content. An interview with Michael David Quattlebaum Jr., aka cross-dressing rapper Mykki Blanco, is followed by a reflection on ex-pat and anglophone participation in the student strike. In another piece, Fabien Maltais-Bayda converses with several members of the Montreal literary community, contemplating the nature of the relationship between writer and technology. The piece is less about traditional reportage than exploring multiple perspectives, and at times matches the disjointed delivery of Twitter.

Petite Mort also embraces art and design submissions with a commitment to active and engaged reading.

“It’s sort of cliché,” admits Maltais-Bayda, “but we imagine the magazine as something that rewards a certain level of active readership.” Using the issue’s only fashion spread as an example of just such a reward, he says, “There’s this one photo shoot that’s presented with the title and that’s it. It’s all men’s clothing worn by a woman and playing with the gender of clothing. It’s just the sort of thing you’ll catch as you’re perusing.”

The editors hope that engaged readers will be satisfied in similar ways with the issue’s articles, which are often referential in style, academic in tone and long enough to warrant a fairly rigorous attention span.

The first issue of Petite Mort has no defining theme, another aspect of the editors’ commitment to active reading. However, this also reflects the editors’ own interests.

“I have really varied and disparate interests, and so to be able to put them all in one magazine where there’s a piece on politics of the student movement next to a photo shoot with a Montreal designer is nice,” says Maltais-Bayda.

This “eclectic mix” of material is another feature of the magazine that promises to set it apart — a project of non-curated curation. Or a little something for everyone.

Including such a wide range of material in Petite Mort has proved challenging for its team. Having begun work last summer and only now holding the final print copy in their hands, the editors reflect on the steep learning curve required to follow their germ of an idea to material fruition.

Though Poirier, Sharpe Zayas, Guillermo Martinez de Velasco and Maltais-Bayda all met working at McGill publications, Poirier admits that this is their first time engaging in every step of the publication process. And while Petite Mort remains a side project of its team of editors for the time being, they’re confident in the longevity of Montreal’s “bite,” aiming to devote more time to the publication in the coming year. They also hope to include more female voices, and extend their already sizable scope to francophone representation.

“I feel like there’s a certain amount of intertextuality,” Maltais-Bayda says. “Hopefully it opens readers up to writers and things to think about.” ■