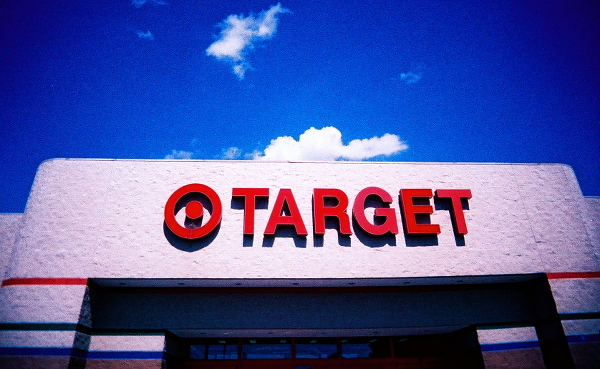 Expect to see this logo in a neighbourhood near you soon. Photo via Flickr

I never thought I’d say this, but I think I’m going to miss Zellers.

Granted, the last time I shopped there — besides the occasional five-minutes-before-closing battery or contact lens liquid purchase — was probably back when my mother was still picking out my wardrobe, but it would appear as though the defunct Canadian retail store chain was something of an accidental gatekeeper, keeping out American big-box chains simply by taking up space.

Now, in the wake of Big Z’s demise, Walmart is ramping up their province-wide expansion plans and Target is about to set foot on our soil. Both lumbering junk peddlers are done picking apart the Zellers corpse, and now will be fighting hard for the right to your hard-earned disposable income — and don’t think it’ll forever remain a uniquely suburban or small-town issue.

Target will be making its grand Montreal debut this fall, at Alexis-Nihon, Place Vertu and a pair of malls in Anjou (as well as off-island locales) before hitting Pointe-Claire and LaSalle in the winter. They bought all 53 Quebec Zellers locations in 2011 and kept the primo spots.

Walmart, in Canada since the ‘90s, has long desired to become a bigger player in major urban centres (with smaller, “Urban 90“ stores complementing to their gargantuan Supercentre counterparts), and thus couldn’t pass up the opportunity to purchase a few undesirable locations from their competitor (“an unusual burst of activity” said the Globe and Mail . Dorval’s got a new Walmart, and there’s another one coming on Highway 40, near Place Vertu.

Both big-box retailers are anti-union. Both pay lousy wages. Target may appear more fashionable, having successfully branded itself as the caring, anti-Walmart, but it’s simply not the case — they fired all Zellers retail employees and are making them reapply for their jobs, discarding completely their past seniority and benefits.

I’m not vociferously anti-capitalist, or even saying conclusively that an abundance of Walmarts and Targets will decimate local businesses and are the scourge of mankind (scourge of Mexico, perhaps), but New Yorkers feel they don’t need Walmart, so what’s the harm in emulating them? (Granted, they do have a Target in Harlem.) There’s something discomforting about the militaristic arms build-up of two American mega-corporations in our backyards, especially two with no ties to our province or city. ■