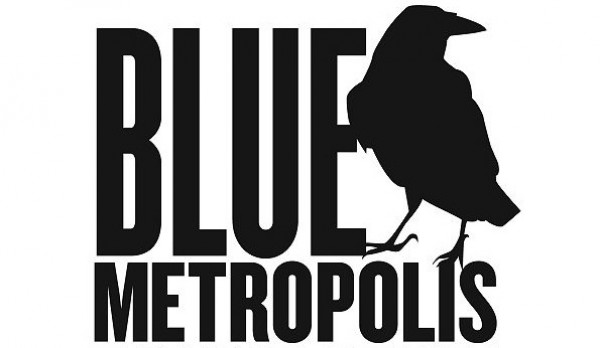 The 15th annual Blue Metropolis literary festival crams so much programming into its week-long run that even a seasoned bibliophile is easily overwhelmed. This year, the fest’s English-language events start at a trickle throughout the week, turning to a downpour with a Saturday jam-packed with panels, roundtables, launches, award ceremonies and readings — which means some very tough choices for bookworms.

Here’s our picks for the week. Unless otherwise noted, all events are free and can be found at the main venue, Hotel 10 (10 Sherbrooke W.).

Anyone interested in public transportation and urban planning should check out author Taras Grescoe (Bottomfeeder)’s presentation on his latest book, Straphanger, a look at public transport systems around the world. Grescoe will be joined by STM President Michel Labrecque in a discussion about ecological urban transportation alternatives. April 24, 7 p.m.

Irish novelist, essayist, poet and critic Colm Toíbín (Brooklyn; The Master) is in town to accept the 2013 Blue Metropolis International Literary Grand Prix, and he will be attending and participating in numerous events throughout the fest. A good one to catch is Thursday evening, when the author participates in an open public discussion of his work. Grande Bibliothèque (475 de Maisonneuve E.), 6:30 p.m., $15

Also on Friday, the fest runs its exceedingly popular storytelling series, This Really Happened. This one’s expected to sell out, so grab tickets asap if you’re interested. April 26, 8 p.m., $10

The day’s events start earlier than you probably will, opening with a discussion about the future of alternative newspapers. Rover’s Marianne Ackerman, Cult MTL editor-in-chief Lorraine Carpenter and Voir film critic Manon Dumais will engage in a discussion with moderator Matthew Hays. 11 a.m., $10

The Role of the Critic roundtable will address the state of music criticism, with Sean Michaels, James Pollock and Sue Sinclair in discussion about the genre’s validity and future direction. 2:30 p.m.

Wean yourself off of the non-stop lit talk with one last event on Sunday afternoon. Comic artist Miriam Katin and D&Q founder Chris Oliveros discuss Letting It Go, Katin’s graphic novel about the enduring trauma of a WWII survivor. Sunday, April 28, 1 p.m. ■