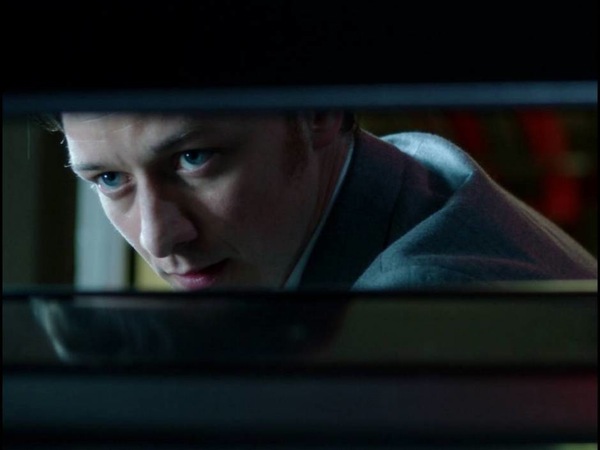 Danny Boyle is a copycat in the best sense. His movies (Trainspotting, 127 Hours, Slumdog Millionaire) are wildly different. He doesn’t have a personal style; his skill is taking a film type and creating a high-quality spin on it that catches on with wider audiences. Seems Boyle watched a lot of Christopher Nolan movies before making Trance, a stylish but garbled mystery flick.

Simon (James McAvoy) has amnesia and can’t remember what he did with a Goya painting he helped Franck (Vincent Cassel) steal from an auction house. Elizabeth (Rosario Dawson) is a hypno-therapist trying to unlock the painting’s whereabouts from McAvoy’s brain.

Unfortunately, Boyle tangles what could have been a fun caper by adding twists that try too hard to be clever. It ends up a shapeless mess. By the time we get to the ta-da! moment that solves the mystery, it doesn’t feel like a payoff for the audience. The movie may be littered with clues, but its ending still seems ridiculous.

The best psychological thrillers have characters who remind us uncomfortably of ourselves. Trance has none. There’s no one here who’s ultimately likeable, relatable or logically motivated. It’s also hard to sustain interest in characters that talk in unrealistic dialogue, since every phrase seems to foreshadow plot turns.

At its best (namely, the first 15 minutes), Trance only aims for style, not substance. This is able to work fleetingly, slipping the viewer into a hypnotic spell much like Elizabeth does with Simon. Then we’re yanked out again.

Trance’s failure is a pity, mainly because it’s quite well cast. McAvoy is unassumingly charming as the antihero, Cassel actually manages to be a mild-faced criminal and Dawson transforms from a cold clinician to a sexy femme fatale (Boyle and Dawson started dating as a result of this movie, and boy, can you tell Boyle has a thing for her).

It’s also a pity because there are actually intriguing questions embedded in the plot, like “What are the second lives of famous stolen paintings like?” or “How is a woman like a piece of art?”

We don’t learn the answers. The only takeaway is a cliché: “Some things are best left forgotten.”