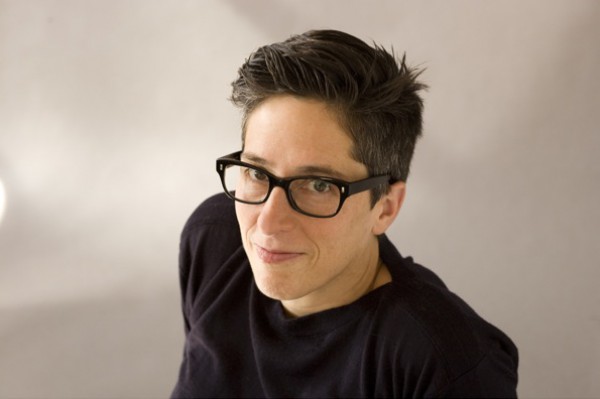 Author and graphic novelist Alison Bechdel has long been one of queer feminism’s funniest and most strident voices. While her long-running and popular series Dykes to Watch Out For has had her on smart people’s radar since the ’80s, Bechdel became something of a household name through the Bechdel Test, a check for texts’ gender bias — a work passes if it features at least two women, talking, about something other than a man — spun out of a joke she made in Dykes.

In 2006, Bechdel released Fun Home, a “tragicomic” about her childhood and particularly her relationship with her father, as her younger self pieces together that both she and her dad are gay. The graphic novel’s reception was pretty much unanimously favourable, and it was nominated for numerous prizes and hovered near the top of that year’s critics’ annual best books lists.

Bechdel’s latest, Are You My Mother?, explores her intense relationship with her mom, staged through memories, dreams, painstakingly transcribed phone calls and a series of psychoanalytic sessions. Buttressed by the intellectual weight of her discussions of Virginia Woolf and psychoanalyst DW Winnicott, the novel explores the ways in which this most formative bond haunts us throughout our lives.

Alison Bechdel visits Montreal this week to launch her new book with a talk at the Ukrainian Federation. Cult MTL talked to Bechdel from her house in Vermont by phone about the new book, writing the intensely personal and becoming a feminist meme.

Emily Raine: What was your motivation for writing Are You My Mother?

Alison Bechdel: That’s a good question, I don’t have a pat answer. The book changed form over the six or seven years that I was writing it. Originally I was planning on writing about the self and the other; I wanted to talk about my relationships. But then I kind of realized that there was one big relationship that kind of underlay all of that, and it was my relationship with my mother. 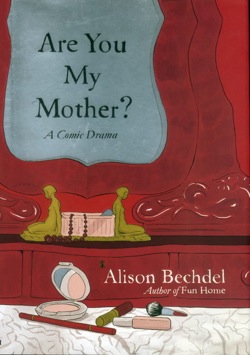 ER: And your last book focused on your father.

ER: Totally aside from your work, as I was researching this piece I read that your brother is in Ministry!

AB: Yes, well, he plays with them, I guess they’re not technically together anymore. But yeah, he’s a keyboardist and toured with them. I’ve hung out backstage with him and Al Jourgensen.

ER: So, of course a lot of people know you from this idea of the Bechdel test, and I wondered if you had something to say about effectively starting a meme? I would imagine it’s a bizarre way to be known.

AB: It is! That’s a good way of thinking about it, starting a meme. I didn’t intend to, but then that’s how memes start, they’re not really intentional. That whole thing came from a comic strip I did (“The Rule,” in Dykes to Watch Out For), like, 100 years ago. Around 1985.

It just seemed like a funny joke to me and my lesbian feminist friends. But what’s interesting to me is that mainstream culture finally caught up to where feminism was, y’know, several decades ago — to understand that a woman character needs to be a real person in a movie. It seems pretty basic, but I guess it took people a long time to understand that. 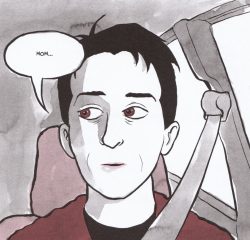 ER: You talk very openly in the book about a desire for it to serve some therapeutic purpose. Did it work? Are you fixed?

AB: Sadly, no. It didn’t have the immediate cathartic effect that I was hoping it would have. I was trying to engineer that. I was thinking, okay, Virginia Woolf did it. With the book about my dad, I got something out of my system. With that book, it resolved something about my relationships. It freed up a lot of space in my psyche. But I feel like the mom book is still kind of in play, it’s still happening. Even though I’m finished writing it, I’m still processing it, I’m still going out and talking about it. But a book about your life doesn’t really end once you’re finished writing it. It somehow keeps living and changing.

ER: How is it for you, being so exposed in a way, since there’s not even a pretense that this is fiction, and having the public at large have access to so much insight into your life?

AB: I have some kind of cognitive dissonance about it. It’s really kind of horrifying if I think about it, so I just try not to think about it. I don’t know what possesses me to reveal, truly, all my deepest secrets. I don’t know. It’s partly the Catholic thing, I feel like confession is somehow worth doing or will save me. But I’m a pretty shy person, so it’s unusual to me that I have this exhibitionist side, I don’t quite understand it. But I feel like I’m compelled to do it, that’s all I can say. ■

Alison Bechdel will give a presentation on her work, followed by a Q&A and signing session April 12, Ukrainian Federation (5213 Hutchison), 7 p.m., $10